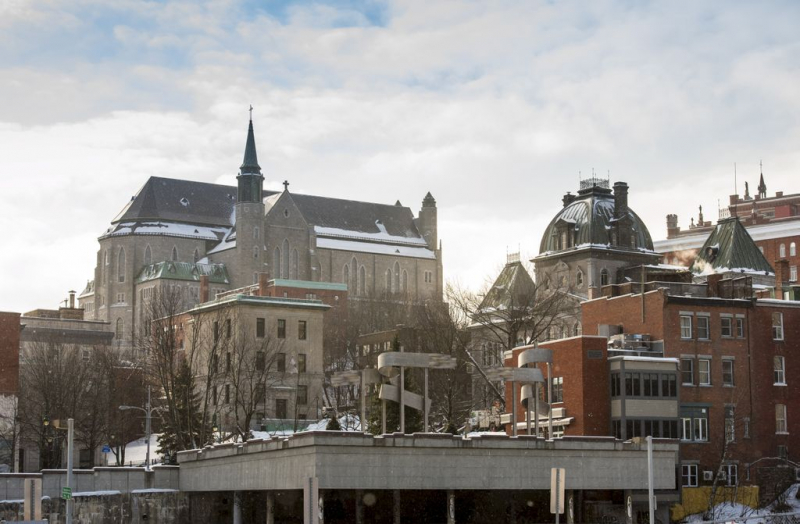 The numerous retirements and the scarcity of labor pose challenges for the City of Sherbrooke, which is seeking to achieve employment equality objectives.

Jonathan Custeau La Tribune The City of Sherbrooke will have to hire more women and minorities over the next three years to meet the objectives set out in the implementation report of the Equal Access to Employment Program. Women, aboriginals, people with disabilities, ethnic minorities and visible minorities, under-represented, are targeted. The challenge will be enormous as one-third of the employees who will retire in the next three years come from one of these five groups.

Nathalie Carignan, director of human resources at the City of Sherbrooke, explains that the Commission des droits de la personne et des droits de la jeunesse unveiled its new orientations in June and that the objectives set in the 2020-2023 report will be legal obligations. . “These are minimums to be reached with three job categories per target group. For each of the objectives, we took into account hires in the last three years, potential retirements, succession plans, and the diversity of the workforce. If the people who retire come from the target groups, the first challenge is to bring the pendulum back to zero. Then we have to make an extra effort to achieve our goals. “

In concrete terms, eight women will have to be added to the groups of managers, supervisors, team leaders and service personnel. “These are 14 women who will retire in these categories. We will therefore have to hire 14 to restore the current situation and add 8. In other words, 22 must be hired over the next three years. “

Ms. Carignan did not unveil the goal for Indigenous people, but they will have to be integrated among middle managers, semi-professional staff, such as firefighters and police, and in trades jobs. “The challenge we have is proximity to this labor pool. We are far from the reserves. “

For visible minorities, the target is set at five for middle managers, white collar managers and semi-professional staff. “When we analyze the last three years of hiring, we realize that it is not a large number of candidates in this category who apply. The challenge is to attract them. “

It will also be necessary to add three employees from ethnic minorities and three people with disabilities. In the first case, middle managers, professionals and other service personnel are targeted, while professionals, office staff and non-specialized manual jobs are targeted in the second case.

To achieve the goals, employees must self-identify in one of the categories. “It can happen that a candidate does not identify with a target group, hence the gap that we could have on paper with what we could have in reality among our staff. “

Nathalie Carignan specifies that retirements are both a challenge and an asset in this process.

Among elected officials, Pierre Tremblay underlined that there is also an issue of skills recognition for immigrants, citing taxi drivers who are overqualified. “We need tools to facilitate their access to jobs. “

Mayor Steve Lussier specified that since 2018, 216 people linked to these target groups have been hired and suggests that the City could even exceed the objectives it has set for itself.

Annie Godbout, president of the intercultural relations and diversity committee, also wants the City of Sherbrooke to be more ambitious. “As City, we must set an example. At the Intercultural Relations Committee, the year 2021 will be extremely important. Large projects are under way. We want to obtain the intercultural city certification, which will involve a diagnosis of the way in which we manage the intercultural aspect in our services and the community. “

She suggests that the City repeat sponsorship experiences with immigrants.

Nicole Bergeron also mentioned that in immigration, it is the environment that attracts, but that it is the job that holds people back. “I wish you to achieve these results which are ambitious, but to which today's society is invited. “

Teilor Stone has been a reporter on the news desk since 2013. Before that she wrote about young adolescence and family dynamics for Styles and was the legal affairs correspondent for the Metro desk. Before joining The Bobr Times, Teilor Stone worked as a staff writer at the Village Voice and a freelancer for Newsday, The Wall Street Journal, GQ and Mirabella. To get in touch, contact me through my teilor@nizhtimes.com 1-800-268-7116
Previous ArticleThe STS maintains its level of service
Next ArticleMagog: a prowler near schools arrested and detained pending an assessment