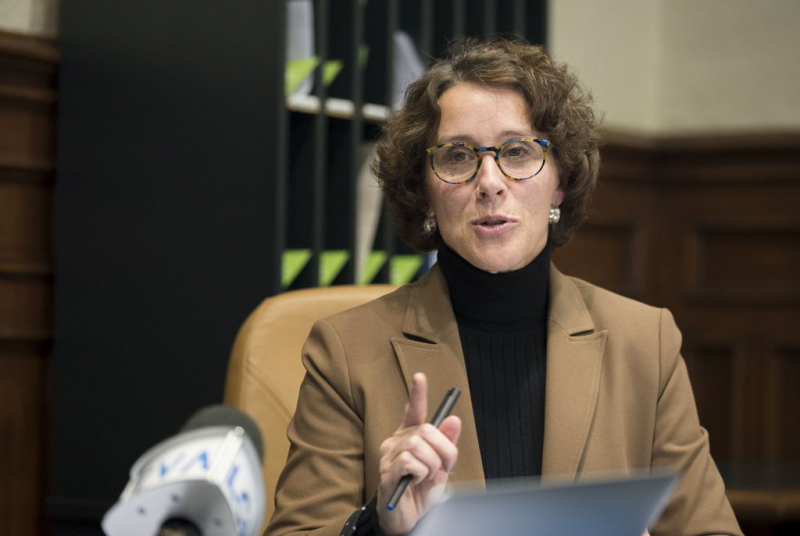 Jonathan Custeau La Tribune The city of Sherbrooke's debt ratio, in light of 2019 financial data, reached 104.8%. This figure, higher than in previous years, is attributable to the revision of the debt management policy, which no longer takes into account the same data as before. The Director of the City's Finance Department, Nathalie Lapierre, popularizes the way to calculate this ratio and specifies that the maximum not to be exceeded is now set at 110%.

The City's debt ratio allows for adequate debt management, limits financial risks, and provides a framework for decision-making when incurring expenses that will be spread over time, in other words, before to contract loans.

“What's new is that we have refined the definition of income that we use in calculating the ratio. Before, we calculated debt in relation to operating income and investment income. We have now withdrawn the investment income, which is in fact the subsidies over which we have no control. We saw fit to assess our ability to borrow against our ability to generate expected income, ”explains Ms. Lapierre.

To justify the new procedure, Nathalie Lapierre goes for a comparison. “When we buy a house, we take our salary into account. If someone gives us a donation, it cannot be considered recurring income. The same goes for grants. We don't calculate like that to look good, but because we want the ratio to be really based on what we are controlling. “

Also excluded from the calculation are transfers from the federal government and income from cryptocurrency, which are not insured.

This new calculation method gives a debt ratio of 104.8% with the figures for 2019 whereas it would have been 96.4% with the old formula.

“It's a framework that will dictate the levels of investment that we can make in the coming years. We have to monitor expenses and income properly, because in the context of the pandemic, we do not know precisely how our income will evolve. At the same time, we owe it to ourselves to keep our infrastructure in good working order. “

The difficulties lie in the fact that the needs are infinite, according to Ms. Lapierre, but the means are limited. “We must also take into account the fact that debt arises about two or three years after we have said yes to a project, that is to say when we make the investments. About 63% of expenses are incurred in the first two years, but that's a lot that happens later. We therefore try to forecast these expenses over time and at the same time, how many projects will be accepted and how revenues will evolve. “

Taking the example of other cities, one of the ways to reduce debt will be to pay part of the fixed assets in cash. “The context of the pandemic however weakens these actions that we want to take. “

For the preparation of the 2021 budget, Nathalie Lapierre explains that the acceptable level of investment has been established. “Now it will be up to the elected officials to decide. The ratio imposes choices on us as long as we are well informed. What is reassuring is that we have a framework to face the challenges ahead. “

Councilor Évelyne Beaudin said she was happy with this new policy. “For me, real debt management is being able to say no to great projects. I have the impression that we don't often say no to projects, especially major projects. It's easy to say that we put the expenditures in the capital budget to spread the payments over 25 years. Perhaps this is the reasoning that led us to the current financial situation. We will have to force ourselves to respect the ceiling we have set ourselves and respect our pace of investment. “

Ms. Beaudin suggests that developers, partly responsible for urban sprawl according to her, be made to contribute to the maintenance of infrastructure.

“If we continue to do nothing, we will reach the ceiling and we will not be further ahead. “

Marc Denault, for his part, believes that the priority of the Organizational Performance Committee, or finance committee, “must be to make debt development a priority and to give us an idea of the power, of the room for maneuver that City a. We must be given a periodic report to the municipal council on the evolution of debt and the medium and long term vision. “

Pierre Avard wants Sherbrooke to compare with other cities. “This policy must be binding on all the projects we have. I am for it, but we must also realize that the decision we take this evening, it will have to be applied for the future. “

Mayor Steve Lussier indicates that this vision will have to be adhered to when developing the budget.

Nicole Bergeron recalled that elected officials were accountable for budgetary decisions. “It is not the civil servants who decide the capital budget and the operating budget or who decide the priorities. We all have some responsibility. We have a lot of work to do and a lot of needs. We have to go there according to our ability to deliver, to pay. I find it important that we send each other a message and that we join hands. “

Teilor Stone has been a reporter on the news desk since 2013. Before that she wrote about young adolescence and family dynamics for Styles and was the legal affairs correspondent for the Metro desk. Before joining The Bobr Times, Teilor Stone worked as a staff writer at the Village Voice and a freelancer for Newsday, The Wall Street Journal, GQ and Mirabella. To get in touch, contact me through my teilor@nizhtimes.com 1-800-268-7116
Previous Article$ 9,300 for the communication contract on tax credits
Next ArticleUltra Nan's work on climate will not be exhibited at city council