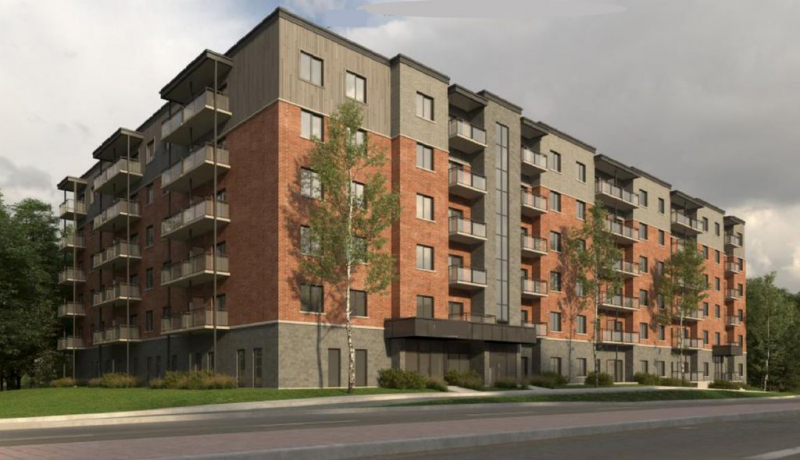 The construction of 116 housing units on Galt Street West will not begin until spring 2021.

Jonathan Custeau La Tribune The City of Sherbrooke is observing delays on the Galt Street West construction site, where it demolished several buildings at the start of the year. These delays should not affect the construction of the 116 social housing units planned on the site, since the Parallèle dehabitation sociale de Sherbrooke has itself chosen to postpone construction until the beginning of 2021.

“We are behind in decontamination due to COVID. The fact that the yard was closed for several weeks, if not a month and a half, created holes. They filled with water. They had to be emptied, ”explains Caroline Gravel, director of the Urban Infrastructure Department at the City of Sherbrooke.

“We are to complete the decontamination at the end of this week. “

However, there will be no impact on the work planned on rue Galt, for its widening and the construction of a bicycle lane, among other things. “The next step was to bury the wires. Some wires have been removed since the start of the work, but we must reinstall some which are essential to the hydroelectric power supply of the sector. For the summer, Hydro-Sherbrooke was able to do without it, but for the winter season, it really takes this link. We're a little late, but it's not critical. “

Ms. Gravel recalls that the Parallèle de habitation was to start construction of 116 housing units in August and that it would have been possible to deliver the land soon for the start of work. “They told us that they wanted to wait until next spring to start construction since they don't want to have to pay taxes for the period when there will be no field work this winter. “

Teilor Stone has been a reporter on the news desk since 2013. Before that she wrote about young adolescence and family dynamics for Styles and was the legal affairs correspondent for the Metro desk. Before joining The Bobr Times, Teilor Stone worked as a staff writer at the Village Voice and a freelancer for Newsday, The Wall Street Journal, GQ and Mirabella. To get in touch, contact me through my teilor@nizhtimes.com 1-800-268-7116
Previous ArticleBeware of animals on the roads
Next ArticleThe cycle path to the CHUS will not be finished in 2020