Speech from the Throne: the fate of the Trudeau government still uncertain 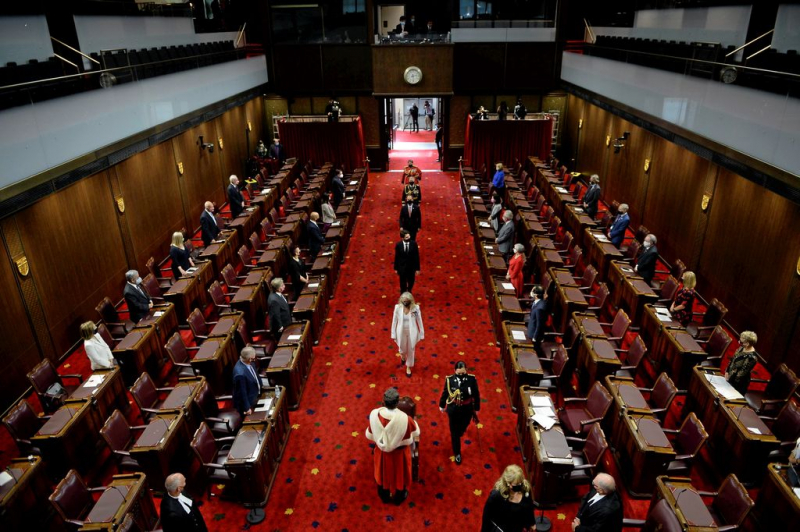 The speech read by Governor General Julie Payette mentioned, in particular, a family doctor for all and drug insurance in Canada. Not a word, however, on the increase in health transfers requested by the provinces and territories.

The Conservative Party has announced that it will vote against the Speech from the Throne read by Governor General Julie Payette and everything indicates that the Bloc Québécois will do the same. The New Democratic Party (NDP) and the Green Party, for their part, leave room for doubt.

“We are disappointed with this Speech from the Throne. We cannot support it ”, railed Gérard Deltell, at a press briefing. The Conservative MP saw this as proof that prorogation only served to get the Liberals out of a sticky political situation when, last summer, parliamentary committees were studying the contract awarded to the charity UNIS.

“We haven't decided at the moment. (…) We are giving the Liberal government a chance to do what it takes for people, ”dropped Jagmeet Singh, who wants to wait and see if the Liberals will take concrete action to implement sick leave. paid and increase the amounts paid to the unemployed.

The NDP leader believes that the Liberals, if they want to secure the support of his party, will have to introduce bills or make clear commitments in the coming days.

The Speech from the Throne contains many promises that could please the NDP – requested for its support in order to avoid an election – including the intention to continue the implementation of a universal national pharmacare plan and new standards national standards for long-term care homes across the country.

But these commitments by the Liberal government are not to everyone's liking.

Ms. Payette had not finished reading the speech Wednesday afternoon that, already, the Premier of Quebec, François Legault, plagued on his Twitter thread. It is against the federal government's intention to interfere in the areas of provincial jurisdiction in health.

“I will discuss it tomorrow (Thursday) with the premiers of the other provinces,” said Mr. Legault in a tweet.

What is more, the document prepared by the federal Liberals made no mention of the increase in health transfers demanded by all the premiers.

Mr. Legault and three of his counterparts traveled to Ottawa last Friday to claim an additional $ 28 billion in federal transfers by next year, which would bring the federal contribution to 35% of health care costs.

The grievances of the Premier of Quebec were echoed by Bloc leader Yves-François Blanchet, who made them a condition of his party's support for the Speech from the Throne.

“The elders? If you're between 65 and 75, there isn't a penny for you in there. It is totally unacceptable. The general principles of supply management are the same as they were a year ago. There is nothing that has changed in this. And (Trudeau) promised a green stimulus. There is no green stimulus in there, ”he lists.

And Mr. Blanchet assumes that the vote on the Speech from the Throne will take place next Wednesday. He therefore gives “a week” to Justin Trudeau to meet Quebec's demand for health.

“This Speech from the Throne is yet another means of (…) trampling on provincial power by the federal liberal authority which, it seems, knows all that is good for the provinces. Funding provinces properly and provinces will know what is important to do right, ”said Deltell.

Mr. Singh rejected these jurisdictional issues, which he considers futile in the current situation.

“If anyone can look into the eyes of someone who has lost their mother or father to the horrible conditions in long term care facilities … these families don't want to hear apologies from the courts,” he said.

“Yes, I recognize and respect skills, but more than that, I respect the wishes of people who want to see that their loved ones have access to necessary care,” added Mr. Singh.

The three elected from the Greens will also continue to think about their vote on the Speech from the Throne.

“Our initial reaction was that we were delighted by several things that we saw (…) and I must say that I have tempered my enthusiasm because we have seen them before,” said the parliamentary leader. Elizabeth May, citing the example of the drinking water promised in Indigenous communities.

Disappointing speech from the throne for Quebec.

Does not respect the jurisdiction of the provinces in health.

I will discuss it tomorrow with the premiers of the other provinces. pic.twitter.com/wzPCJmUzBY

Teilor Stone has been a reporter on the news desk since 2013. Before that she wrote about young adolescence and family dynamics for Styles and was the legal affairs correspondent for the Metro desk. Before joining The Bobr Times, Teilor Stone worked as a staff writer at the Village Voice and a freelancer for Newsday, The Wall Street Journal, GQ and Mirabella. To get in touch, contact me through my teilor@nizhtimes.com 1-800-268-7116
Previous ArticleSpeech from the Throne: a million jobs promised
Next ArticleTrudeau speaks to nation, calls for more effort against pandemic