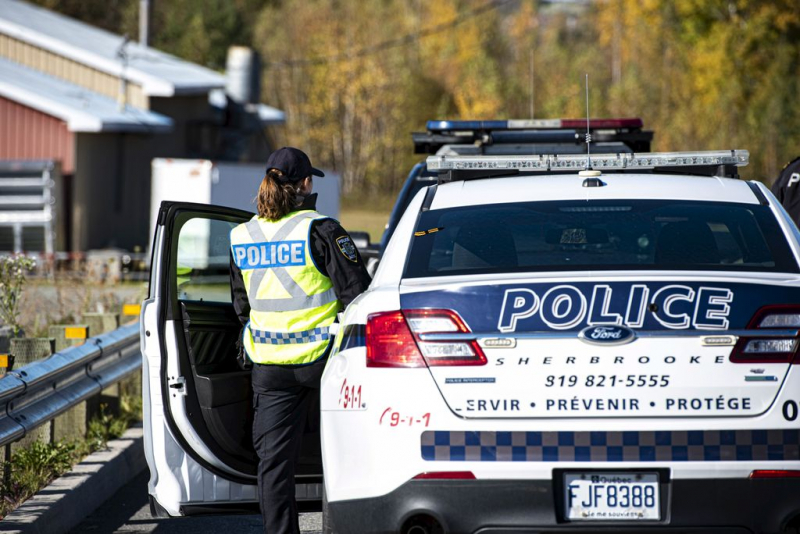 Once again, it is mental health problems that attract attention in the Sherbrooke Police Department's annual report.

Jonathan Custeau La Tribune SHERBROOKE – Interventions related to mental health continue to keep Sherbrooke police officers particularly busy, so much so that their number has increased by 8.7% in the last year and by 65% since 2015. The Director of the Service de Sherbrooke police (SPS), Danny McConnell, continues to advocate for the opening of a crisis center in Sherbrooke, a project he is hopeful of seeing come to fruition soon. Read also

70% of police interventions concern mental health according to the UMQ

The number of interventions for disturbed mental state increased from 1,578 in 2018 to 1,716 in 2019, according to the 2019 SPS annual report filed on Monday. Preliminary data for 2020 suggests a further increase. Note that since July 2019, five police officers have been assigned full time to the Mobile Psychosocial Intervention Team (EMIP), so that they are in the field seven days a week and that interventions are also possible in collaboration with the CIUSSS four evenings a week. As a result, the number of events treated with EMIP increased to 530, which is still less than one-third of interventions for disturbed mental status.

“There may be a reflection to be carried out at the Ministry of Health and Social Services on a different way of managing mental health problems. The psychiatric community is overwhelmed, but revolving doors are not a good solution. We feel like we are on the front line and we often work with the same people. Perhaps the crisis center would be an adequate solution. A comprehensive pan-Canadian reflection would also be important. Significant sums were released on Monday by the Quebec government, but to my knowledge, none of this was intended for public safety, ”said Mr. McConnell.

The director of the SPS has been hammering home the importance of the crisis center for years. “It's always a question of funding. I hope that with Minister Lionel Carmant's $ 100 million announcement, we will be able to repatriate funds to the field. The crisis center file was well advanced, but COVID slowed the work. In Estrie, we are due to have that. “

Mr. McConnell will not however ask for more resources for EMIP in the 2021 budget of the City of Sherbrooke.

The SPS report tabled on Monday was nevertheless incomplete, with some data from Statistics Canada not being received until last Thursday.

Philippe Paultre, head of the data and special projects section at the SPS, nevertheless revealed orally that overall crime had decreased by 4.5% per 100,000 inhabitants, that crimes against the person had decreased by 10% then that property crimes had increased by less than 2%. The Crime Severity Index is down 12% and the crime resolution rate has increased by five percentage points to 58%. He adds that in the category of crimes against the person, 73% of cases lead to indictments.

The number of investigative files decreased from 2010 in 2018 to 1,871 in 2019 while the average number of pending files increased. Last year, there were 151 pending cases on average compared to 88 the previous year. “In 2019, we restructured our investigation division and created a dedicated sexual assault team. We also went from 24 to 27 investigators. Restructuring probably explains the slowdown, but we already feel that the organization of work has improved, ”argues Danny McConnell.

In bulk, the number of accidents involving cars has increased, climbing to 377. However, there are no injuries or deaths. On the other hand, 13 accidents involved cyclists, including one seriously injured. This is a statistical improvement, while the record for cyclists has been better for three years. In return, there are 42 pedestrians involved in an accident, including three seriously injured.

From the point of view of tickets, all parking tickets are down, particularly those for overnight parking. Traffic tickets for tranquility and peace are on the increase, however, from 4 to 29 for cannabis, from 479 to 629 for the consumption of alcoholic beverages and from 771 to 989 for insults against peace officers.

Traffic offenses are on the decline, notably for speed (17,709). Cell phone use while driving is in sharp decline, with the number of tickets for phone offenders dropping from 996 to 586. The opposite is true for compliance with mandatory stops, which generated 1,496 fines.

The report also alludes to racial profiling without further details. Councilor Évelyne Beaudin asked how it was possible to attract racialized people to join the ranks of the SPS.

“There are very few racialized students coming out of police academy, and the challenge is to hire them and keep them. Big cities like Montreal come looking for them, ”reacts Danielle Berthold, president of the public security committee.

Among the initiatives put in place in 2019, let us note the inauguration of a neutral zone in the parking lot of the Service de police de Sherbrooke to ensure safe exchanges between citizens.

The Sherbrooke Police Department has 210 police officers and 45 civilian employees. The number of injuries and lost time has almost doubled, but the number of missed hours has decreased. Danny McConnell contradicted figures put forward by the Police Association last week, according to which 80% of staff absences at the City of Sherbrooke fell under the SPS. “The figure is less than 20%. It is in the norm. “

Teilor Stone has been a reporter on the news desk since 2013. Before that she wrote about young adolescence and family dynamics for Styles and was the legal affairs correspondent for the Metro desk. Before joining The Bobr Times, Teilor Stone worked as a staff writer at the Village Voice and a freelancer for Newsday, The Wall Street Journal, GQ and Mirabella. To get in touch, contact me through my teilor@nizhtimes.com 1-800-268-7116
Previous ArticleMicah Roy's Trial, Take 2
Next ArticleAn obvious crime scene for a paramedic