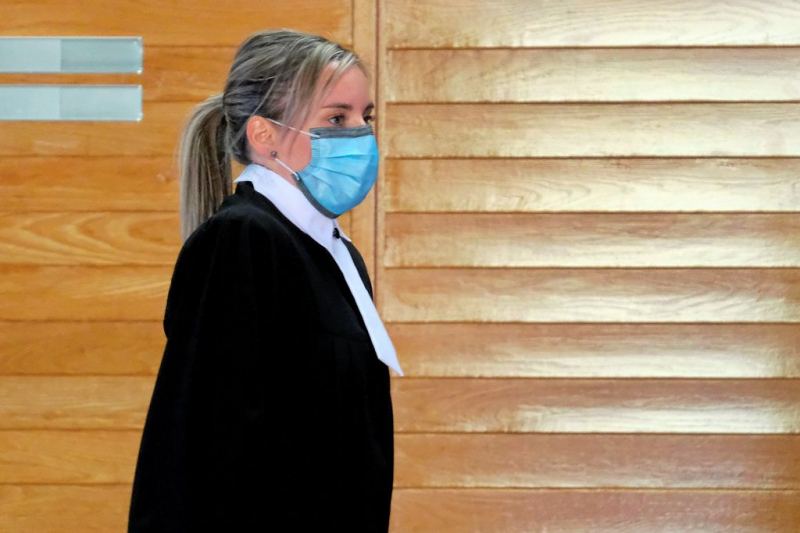 The Crown, represented in particular by Me Émilie Baril-Côté, maintains that Daniel Giroux ordered the murder and that he got rid of the body and the car of the victim with the help of Mathieu Valade-Williams.

Pascal Faucher La Voix de l'Est The hearings ended abruptly on Tuesday at the trial of one of the three men accused of the premeditated murder of the Granbyen Jacques Choquette, a crime committed in 2016.

Victim of an infection contracted in detention, Stéphane Blanchard was too ill to continue to attend the testimonies.

The 38-year-old accused “is not in a condition to continue and to have the concentration necessary to follow the proceedings,” Judge André Vincent, of the Superior Court, told the jury at the end of the morning.

“It is important that he is attentive to warn his lawyer of anything.”

Mr. Blanchard was reacting to an antibiotic administered to him after the abscess caused by his infection had burst, the judge said.

The trial is scheduled to resume Wednesday at the Granby courthouse. Judge Vincent also informed the 13 members of the jury that the proof of the prosecution would “probably” be closed early next week, and that there would “perhaps” only remain two weeks of hearings for this cause. instead of the five originally planned.

The 38-year-old accused “is not in a condition to continue and to have the concentration necessary to follow the proceedings,” said Judge André Vincent of the Superior Court. FROM FACEBOOK

“The trial is going smoothly,” he said.

Five witnesses marched to the bar on Monday, the widow of the victim, a geomatics technologist, two investigating sergeants and a friend of the accused, Nathalie Blanchard.

She was cross-examined by the defense on Tuesday. She indicated that at times she helped Stéphane Blanchard, with whom she is not related, to cut cannabis. A culture of this drug was installed in the basement of the residence he rented in Waterloo.

Its owner was Mathieu Valade-Williams who, like Daniel Giroux, is also accused of the murder of Jacques Choquette. MM. Giroux and Valade-Williams must subsequently undergo separate trials.

Mr Valade-Williams was also Ms Blanchard's ex-boyfriend, who reiterated that her former partner appeared nervous on the night of November 3-4, 2016.

According to the indictment, construction contractor Jacques Choquette, 51, was killed on November 3, 2016.

The Crown, represented by Me Émilie Baril-Côté and Me Gabrielle Cloutier, maintains that Daniel Giroux ordered the murder and that he got rid of the victim's body and car with the help of Mathieu Valade-Williams.

As for Stéphane Blanchard, he was allegedly recruited to kill Mr. Choquette, whom he did not know, with a gun for $ 5,000 worth of cannabis. Nathalie Blanchard declared that the accused confessed to her his participation in the crime.

Money could be the motive for the murder, a check for $ 30,000 given by the victim to Mr. Giroux having been entered into evidence, as well as an exchange of text messages illustrating that Mr. Choquette “needed $$$”.

Teilor Stone has been a reporter on the news desk since 2013. Before that she wrote about young adolescence and family dynamics for Styles and was the legal affairs correspondent for the Metro desk. Before joining The Bobr Times, Teilor Stone worked as a staff writer at the Village Voice and a freelancer for Newsday, The Wall Street Journal, GQ and Mirabella. To get in touch, contact me through my teilor@nizhtimes.com 1-800-268-7116
Previous ArticleRCMP environmental monitoring report: group addresses court
Next ArticleA new commercial and industrial center in St-Élie