Tax evasion: Ottawa's plan for digital giants will need to be clarified 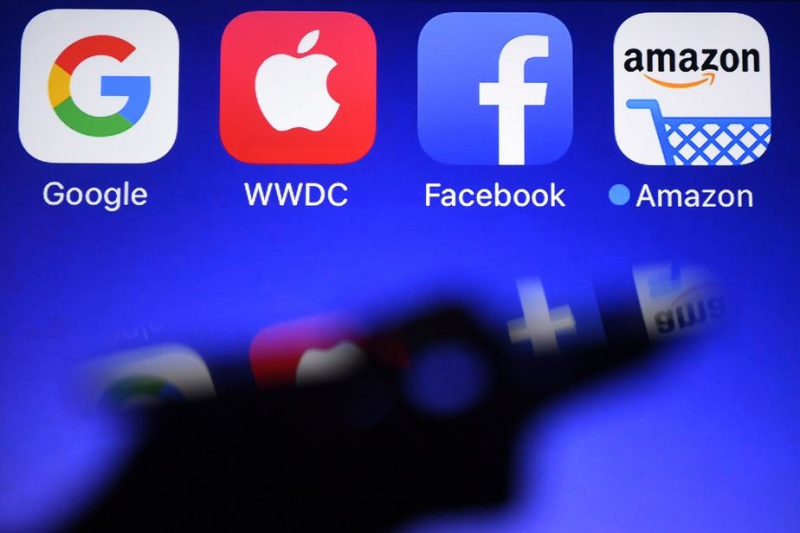 The Liberal government unveiled a plan to oversee tech giants in its Speech from the Throne this week, but experts believe several more elements should still be included.

Share September 24, 2020 9:22 p.m. Share Tax evasion: Ottawa's plan for digital giants will have to be clarified Tara Deschamps The Canadian Press OTTAWA – The Liberal government unveiled a plan to regulate tech giants in its Speech from the Throne this week , but experts believe that several more elements should be included.

In the speech on Wednesday, the government signaled that it wanted to tackle tax evasion by digital giants, ensure their revenues are shared more equitably with Canadian creators, and force tech companies to contribute to creation. , production and distribution of Canadian content.

“The web giants are pocketing Canadians' money and imposing their own priorities,” the government's Speech from the Throne stated. “Things have to change and they will change.”

The references to technology in the Speech from the Throne come as international giants in the industry – including Facebook, Google, Apple, Twitter and Netflix – have raked in tens of billions of dollars every year for at least a decade, while avoiding tax, competition and governance regulations; and lobbying Canadian media and creator revenues.

While many experts on Thursday agreed on the need for further regulation of these companies, they believe the government's priorities may need some tweaking.

“It's fairly underdeveloped and looks more like general ideas with a bit of rhetoric,” said Dwayne Winseck, director of the Canadian Media Concentration Research Project.

Mr Winseck has no problem with the government's willingness to tackle tax evasion or the taxation of digital streaming services like Disney + or Netflix, since he believes it should have been done “since. a long time ”and that it could bring in money.

However, he would like the government to look at some of the measures Australia is considering.

The country has enforced a code of conduct to ensure that tech companies don't use their significant power to reduce competition in media and advertising, and is also considering a law to force tech giants to pay companies. media for content hosted on their platforms by early October.

Facebook has indicated that it could block content in the country rather than comply with the new law and abide by the code of conduct.

Mr Winseck does not agree with all of Australia's proposals, but he appreciates that the plan requires the giants to notify companies using their technology in advance before changing their algorithms and modifying models. commercial, while emphasizing the dominance of Google and Facebook in the advertising market.

“The recognition of the significant market power in certain sectors of the media economy, I believe, is really a good thing, which is long overdue,” he said, adding that it was not. a bad idea for Canada.

Asked about the Speech from the Throne, Facebook told The Canadian Press on Thursday in an email that it welcomed any new regulations that “support innovation, free expression and the digital economy.”

Meanwhile, Google told The Canadian Press that it sends its users to news sites 24 billion times a month and that news accounts for about 1.5% of total queries on the search offering of Google in Canada.

Google generated approximately $ 9 million in revenue from clicks on ads through news queries and said it complies with all applicable tax laws. He also said he was excited to explore new ways to support the ecosystem of Canadian media and creators.

Twitter Canada spokesperson Cam Gordon explained that her company was not commenting on the Speech from the Throne, but Netflix Canada said it was “determined to be a good partner” and looked forward to “working with the government on this issue as it advances the legislation ”.

Center for International Governance Innovation CEO of Digital Economy Bob Fay said the government should think about what it can do to counter the way tech giants get, aggregate and stream consumer data. use to secure well-established market positions that are difficult to challenge.

To counter these positions, Fay believes the government could demand that platform users get more control over the information they provide to tech companies and could even prevent the giants from operating by their own rules.

“Honestly, I cannot understand the situation where we are just allowing them to rule themselves. I think now is the time for governments to act, ”said Fay.

BlackBerry founder and chairman of the Canadian Innovators Council Jim Balsillie argued in an email to The Canadian Press that the country needs to update its tax rules, but the focus should first be on the distinction between tax evasion and tax strategies.

“High growth Canadian tech companies are using stock options as a key part of their compensation strategies in the global war for top tech talent,” he said.

“Limiting their ability to compete with their counterparts in the world will only lead to poor economic outcomes for Canada, so I hope the government will not use a blunt instrument on this front.”

Teilor Stone has been a reporter on the news desk since 2013. Before that she wrote about young adolescence and family dynamics for Styles and was the legal affairs correspondent for the Metro desk. Before joining The Bobr Times, Teilor Stone worked as a staff writer at the Village Voice and a freelancer for Newsday, The Wall Street Journal, GQ and Mirabella. To get in touch, contact me through my teilor@nizhtimes.com 1-800-268-7116
Previous ArticleAmazon launches Luna, its video game platform
Next ArticleBMW fined $ 18 million for inflating sales in the United States