That year: Marc Labrèche and his team revisit 2011 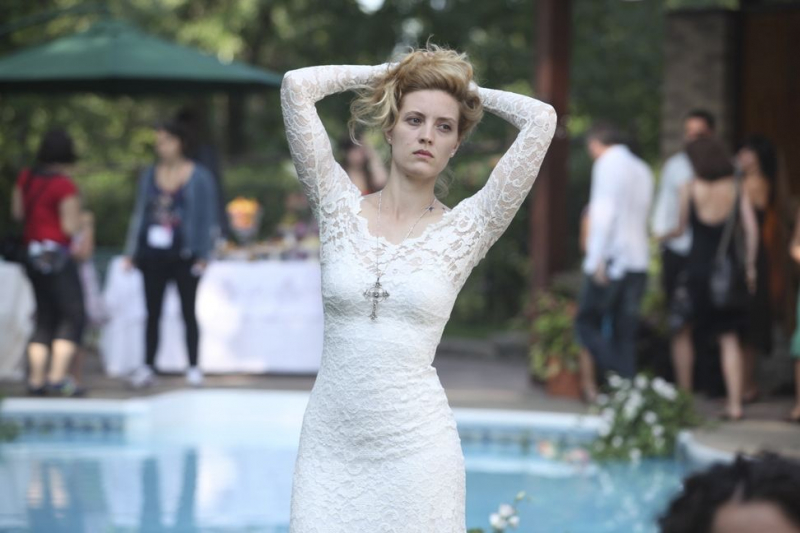 The pampered actress, also a singer and mother of three children, recalls her experience with director Jean-Marc Vallée, who subsequently opened the doors to many projects abroad. 2011 is also the not so distant year during which the group Alaclair Ensemble won their prize for a first album entitled $ 4.99. One of the members of the group, rapper KNLO, currently a finalist at the ADISQ gala to be presented the next day, comes to share his memories of 2011 and offers a performance.

After cinema and music, we head for the Montreal Museum of Fine Arts, which inaugurated its Bourgie pavilion almost 10 years ago, which celebrates Quebec and Canadian art.

Columnist Émilie Perreault takes the opportunity to address a segment that is little talked about: the representativeness of Quebec artists in major national museums.

And finally, Marc Labrèche presents the number he shared a few weeks ago on social networks, and which left no one indifferent: the actor David La Haye (personified by a Trumpist bush) and the actress Lucie Laurier, both embodied by Labrèche, obviously, explaining why they are going to celebrate Halloween without a mask. At Télé-Québec, Saturday October 31 at 8 p.m.

After a laughing start to the night, Halloween wouldn't be what it is without a little angst and mystery in the air. For guaranteed thrills, see this excellent fantasy drama. Nicole Kidman encamps there a mother who lives in a mansion with her two children and their three servants – until then, it is the dream -, but where strange phenomena come to disturb the peace of the family – and yours, but well, once the little monsters and other witches are in bed, it's the evening for that! On Télé-Québec , October 31 at 10 p.m.

In the footsteps of?

This is a new show that will be deployed in 10 episodes of 30 minutes. Each week, a personality follows in the footsteps of a character who shaped the history of Quebec. The series thus explores the world of humor, politics, medicine and business. For this first episode, the comedian Yves P. Pelletier sets out to discover the actress Rose Ouellette, better known as “La Poune”. We discover to what extent she was a leading woman, who had to show great strength of character to take and keep her place. From November 1 at 10 p.m., on Historia .

Since last Monday, the team has had a new recruit in the person of former hockey player Manon Rhéaume. The first and only woman in history to have participated in an NHL game goes there for her analyzes. The Monday show airs at 7 p.m. on RDS .

Teilor Stone has been a reporter on the news desk since 2013. Before that she wrote about young adolescence and family dynamics for Styles and was the legal affairs correspondent for the Metro desk. Before joining The Bobr Times, Teilor Stone worked as a staff writer at the Village Voice and a freelancer for Newsday, The Wall Street Journal, GQ and Mirabella. To get in touch, contact me through my teilor@nizhtimes.com 1-800-268-7116
Previous ArticleThe witch comes out of the shadows [PHOTOS]
Next ArticleBouquet of movements