The accusations against Eric Salvail without foundation, pleads his lawyer [VIDEO] 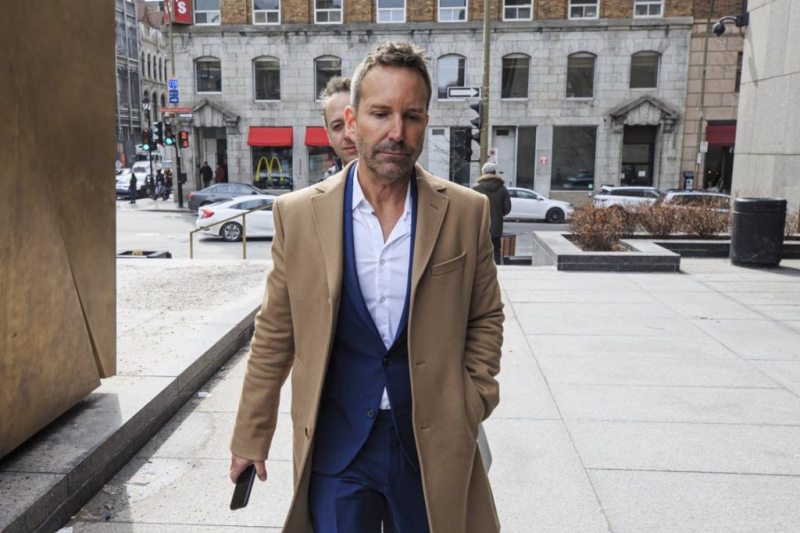 Share November 11, 2020 2:03 p.m. Updated at 3:07 p.m. Share The accusations against Eric Salvail unfounded, pleads his lawyer [VIDEO] Stéphanie Marin The Canadian Press MONTREAL – The accusations against Eric Salvail have no basis, his lawyer pleaded Wednesday, adding that the complainant is capable of lying, of spreading falsehoods and even of perjury.

“His testimony is not credible and cannot be accepted. So my client must benefit from reasonable doubt, ”argued Me Michel Massicotte in a loud and confident voice in a courtroom at the Montreal courthouse.

He did not spare the details or his words to undermine the complainant's version, “a testimony that does not hold water.”

Eric Salvail, 51 years old, is accused of sexual assault, forcible confinement and harassment for acts which date back to 1993 on the person of Donald Duguay, a former co-worker.

Me Massicotte, a seasoned litigator, tries Wednesday to convince Judge Alexandre Dalmau of the Court of Quebec to pronounce the verdict “acquitted” three times.

More precisely, the former star host Éric Salvail was accused of having kidnapped and sexually assaulted Donald Duguay in a Radio-Canada bathroom, after several months in advance, of harassment, sexual comments and touching inappropriate in the workplace.

Mr. Duguay filed a complaint against the ex-host in 2017 and himself asked to be identified publicly.

The accusations against Eric Salvail baseless, pleads his lawyer THE CANADIAN PRESS

The producer and host testified at his trial and outright denied all the allegations he was made the subject of. He even described as “eccentric” the episode of sexual assault and kidnapping told by Donald Duguay.

To have his client acquitted, Me Massicotte will seek to demonstrate that the acts alleged against Mr. Salvail never happened – It is therefore normal that his client only keeps a vague memory of Donald Duguay, he said.

Counsel will also attack Mr. Duguay's testimony, which he considers to be riddled with exaggerations and additions that he had not mentioned before.

Me Massicotte uses two weapons to attack the complainant's testimony: Eric Salvail's personal diary, but above all, his employee file at Radio-Canada where all his working days are recorded, as well as the departments of the Crown corporation where he worked those days.

This file is the “only objective and independent evidence”, proclaimed the prosecutor. “A mine of information which will corroborate his testimony”.

The criminal lawyer was therefore lightly used in his argument.

What about that day when the accused – who was working right behind him at the courier – turned around and showed the penis in front of the complainant on June 3, 1993? The employee file shows that Eric Salvail was not working in the mail that day.

The alleged assault in the toilets which allegedly took place on October 29, 1993? But Éric Salvail left Radio-Canada on August 14, launched Me Massicotte.

In addition, Donald Duguay adjusted his version after his complaint, he said. After initially telling the police that he remembered “being tackled to the wall between two urinals,” he told the preliminary investigation that there was only one. Me Massicotte reminded the judge that his explanation was that this fact had come back to him, after work on his post-traumatic memory with a psychologist. The lawyer then confronted him, he recalled: he told him that he returned to see the toilet during his stay as a guest on the show “Everyone talks about it”.

Mr. Duguay then retorted that he had sent an email to police investigators to clarify that there was only one urinal, long before his presence on the show. Except that investigators never received such an email, the prosecutor said.

Me Massicotte will continue his argument on Wednesday afternoon.

As for the Crown prosecutor, Me Amélie Rivard, she is scheduled to plead Thursday.

Teilor Stone has been a reporter on the news desk since 2013. Before that she wrote about young adolescence and family dynamics for Styles and was the legal affairs correspondent for the Metro desk. Before joining The Bobr Times, Teilor Stone worked as a staff writer at the Village Voice and a freelancer for Newsday, The Wall Street Journal, GQ and Mirabella. To get in touch, contact me through my teilor@nizhtimes.com 1-800-268-7116
Previous ArticleAlex and Olivier, the little victims of Wendake
Next ArticleRevitalization of Galt Ouest: traders excluded from the process