The ARTM opposes the Eastern REM

By Teilor Stoneon February 8, 2022in News 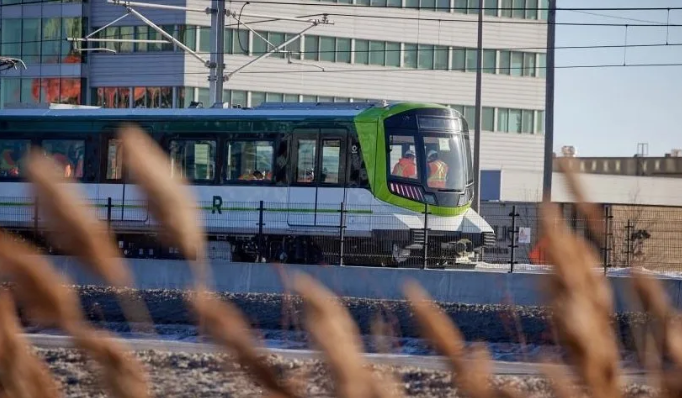 The commissioning of the REM de l'Est is scheduled for 2029.

In a notice published on Tuesday, the Regional Metropolitan Transport Authority (ARTM) opposes the Réseau express métropolitain (REM) de l’Est, in particular because it considers that the project will bring about only a modest number of new users of public transport.

After carefully examining the project in the As part of its mission to plan public transit in the greater Montreal area, the ARTM expresses several observations.

According to his analysis, the REM de l'Est project only partially meets the needs of residents of the east of the island and the northeastern crown. In fact, only 12% of trips, in the sectors that will be served by the project, are destined for the city centre.

The ARTM claims that the project will only result in a modest number of new public transit users. During peak periods, 94% of REM de l'Est ridership will simply be taken away from existing services, such as the metro green line and the Mascouche train. “In other words, the project poses a problematic competition issue with two major services of the existing structuring network, which will still have residual capacity by 2031,” we explain.

Beyond the investment strictly speaking, the ARTM believes that the project will have a significant impact on the financing of public transport for the entire metropolitan region. “It could lead to an increase in municipal contributions of approximately $98 million per year, including an additional financial burden for the communities served by the Mascouche train,” we warn.

In addition, the notice mentions that the integration and urban insertion of the aerial infrastructures of the project represent a major challenge. To this end, citizens living in the area where the aerial structures would be built have already expressed their concerns despite the modification of the route.

The ARTM reported its findings to the Government of Quebec. The ARTM's opinion concerns the reference project announced on December 15, 2020. It will be amended, if necessary, as the project evolves.

The director general of the organization Trajectoire Québec, Sarah V. Doyon, thinks that all stakeholders must take a “step back” and go back to the drawing board in order to come back with a project that really meets the needs of users.

But the organization does not want the project to be abandoned at all. “I think we are going to lose collectively if we come together without a project. There are public transit needs in the east and in the north of Montreal. We must therefore succeed in saving the project”, continues Sarah Doyon.

Teilor Stone has been a reporter on the news desk since 2013. Before that she wrote about young adolescence and family dynamics for Styles and was the legal affairs correspondent for the Metro desk. Before joining The Bobr Times, Teilor Stone worked as a staff writer at the Village Voice and a freelancer for Newsday, The Wall Street Journal, GQ and Mirabella. To get in touch, contact me through my teilor@nizhtimes.com 1-800-268-7116
Previous ArticleOil production has exceeded pre-pandemic levels
Next ArticleLIVE: Legault takes stock of health measures