The Canadiens agree for four seasons with Joel Edmundson 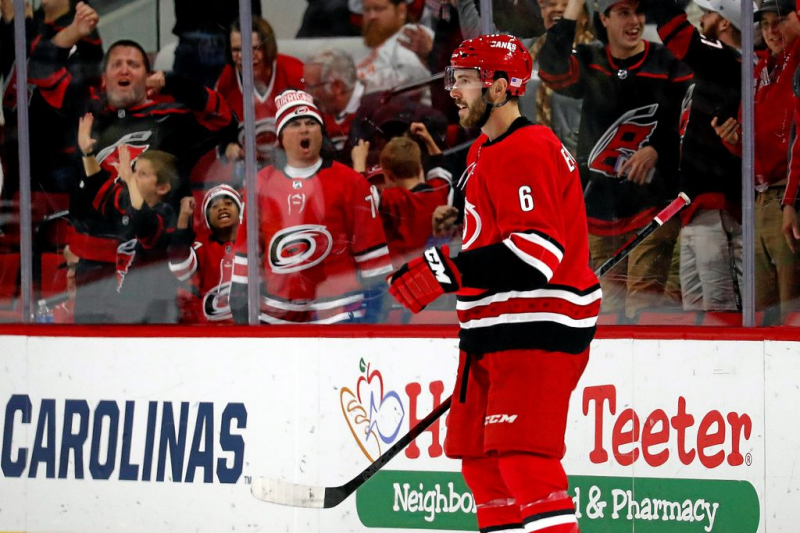 Joel Edmundson, who could have become an unrestricted free agent on October 9, will earn an average annual salary of US $ 3.5 million over the next four seasons.

Share September 16, 2020 7:24 p.m. Share The Canadiens agree to four seasons with Joel Edmundson The Canadian Press The Montreal Canadiens have granted a four-season contract extension to defenseman Joel Edmundson, acquired this weekend from the Carolina Hurricanes.

Edmundson, who could have become an unrestricted free agent on October 9, will earn an average annual salary of US $ 3.5 million over the next four seasons. He was on a one-season contract earning him $ 3.1 million.

He now ranks tied for fourth among the Canadiens' defensemen in annual average salary, behind Shea Weber ($ 7.857 million), Jeff Petry ($ 5.5 million) and Karl Alzner ($ 4.625 million). He will receive the same salary as Ben Chiarot.

Various media have reported that Edmundson's contract came with a clause allowing him to submit a list of 10 teams he cannot be traded to.

The Canadian gave the Hurricanes a 2020 fifth-round pick on Saturday to secure the left-handed defenseman's rights.

He added a goal in four games in the restart this summer.

The St. Louis Blues' 2011 second-round pick, 46th overall, Edmundson has 20 goals and 52 assists in 337 NHL games with the Blues and Hurricanes.

He helped the Blues win the Stanley Cup in 2019. He was then traded to the Hurricanes in September 2019.

The Montreal Canadiens have loaned forward Jesse Ylönen to the Lahti Pelicans in the Finnish Liiga for the start of the 2020-2021 season.

Ylönen will however be back for the opening of the CH and Rocket Laval training camps for the 2020-2021 season.

The 20-year-old Ylönen signed his first NHL contract at the end of last season, but has yet to take part in an American League or NHL game.

The six-foot-one, 172-pound right-handed forward has amassed 22 points, including 12 goals, in 53 games with Lahti in 2019-20, his second season with the Finnish club.

Selected in the second round, 35th overall, in the 2018 draft, Ylönen won gold at the 2019 World Junior Championship with Finland.

Teilor Stone has been a reporter on the news desk since 2013. Before that she wrote about young adolescence and family dynamics for Styles and was the legal affairs correspondent for the Metro desk. Before joining The Bobr Times, Teilor Stone worked as a staff writer at the Village Voice and a freelancer for Newsday, The Wall Street Journal, GQ and Mirabella. To get in touch, contact me through my teilor@nizhtimes.com 1-800-268-7116
Previous ArticleGallagher believes the Canadiens are in the right direction
Next ArticleEdmundson pleasantly surprised to have been traded to Canadiens