The case of Price, yes, but also of the rest of the team 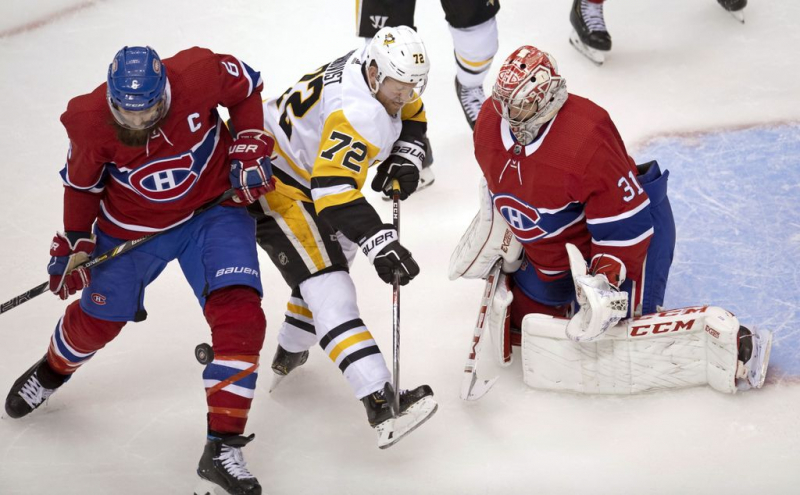 Carey Price stopped all shots aimed at him on Friday to help his team take out the Pittsburgh Penguins in four games with a 2-0 victory.

Share August 8, 2020 9:15 am Share Price's affair, yes, but also the rest of the team The Canadian Press All factors pointed in favor of the Pittsburgh Penguins in their qualifying series against the Montreal Canadiens. All except the confrontation in front of the net.

In the end, it was much more than Carey Price's saves that contributed to the Canadiens' four-game triumph.

Price was brilliant, yes, but the Canadiens' crosses weren't downgraded by Sidney Crosby and Evgeni Malkin. The Habs' defense also offered much better quality play than that of the Penguins.

“Honestly, if we hadn't had that contribution, I'm not sure I would be here commenting on our win in the series right now,” added Julien of the work of the young members of the team. Yes, our goalkeeper was excellent, our three main defenders too, but so was the rest of the team. ”

Crosby had two goals and an assist for the Penguins, while Malkin was limited to an assist. On the Canadian side, Nick Suzuki, Jesperi Kotkaniemi and Phillip Danault each amassed two points.

“Even Max Domi, he barely played 10 minutes (Friday), but it's 10 important minutes,” added Julien, praising his fourth line. Dale Weise, he applies pressure and makes good decisions to take out the puck. Alex Belzile was in his first game in the NHL and he behaved well. ”

“We have believed in it since the start of the camp in Brossard. We could see the energy. “- Claude Julien

The duo of Jeff Petry and Brett Kulak mostly played against the trio of Crosby, while the pair of Shea Weber and Ben Chiarot neutralized the unity of Malkin.

“It's a full five unit effort. The goal was to tire their best players, Weber explained. We have a few strong players on defense and we had to be careful not to give them time and space with the puck. ”

Conversely, the Penguins 'defense failed to contain the Canadiens' offense, who did what was necessary to support Price.

The defenders of the team also contributed in the attacking zone. The Canadiens' brigade amassed 10 points in four games and that of the Penguins, three.

And while the Canadian's third pair, composed of Xavier Ouellet and Victor Mete, gave some fans hives, they did better than the Penguins. Ouellet and Mete posted a differential of minus-1 each, while Jack Johnson and Justin Schultz both finished the series at minus-4.

The Canadian managed to follow the recipe for what makes him successful, this recipe that made him believe he could defeat the Penguins when very few observers dared to express that same optimism before the series.

“We have believed in it since the start of the camp in Brossard, insisted Julien. We could see the energy. “KK” skated well. Suzuki was rested. Carey was in his bubble. We had a good approach before arriving in Toronto. We demonstrated that when the series started. ”

Julien admitted that the challenge is to play this way consistently. The Canadian will have no more leeway in the quarterfinals of the Eastern Conference.

Teilor Stone has been a reporter on the news desk since 2013. Before that she wrote about young adolescence and family dynamics for Styles and was the legal affairs correspondent for the Metro desk. Before joining The Bobr Times, Teilor Stone worked as a staff writer at the Village Voice and a freelancer for Newsday, The Wall Street Journal, GQ and Mirabella. To get in touch, contact me through my teilor@nizhtimes.com 1-800-268-7116
Previous ArticleThe Canadian wins 2-0, eliminates the Penguins in four games
Next ArticleTargeted players still available for the Phoenix