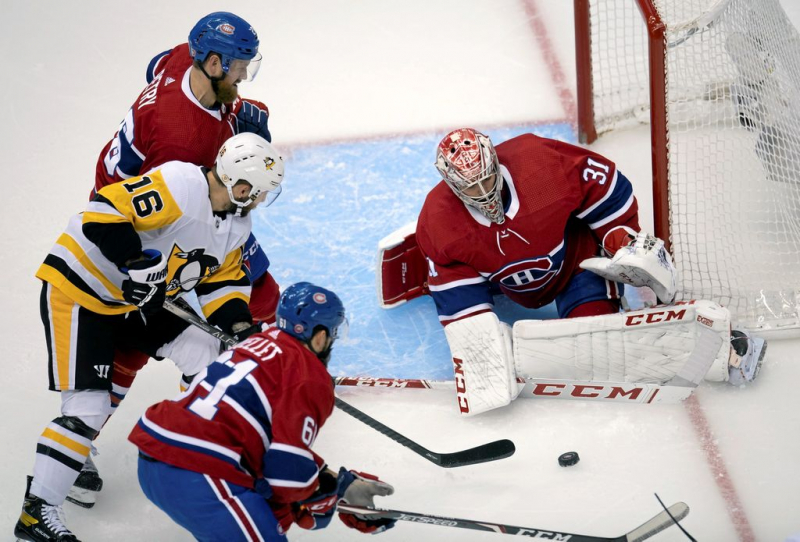 The brilliance of goalkeeper Carey Price guided his team to a victory in four games against the Penguins.

After a hiatus of more than four months due to the COVID-19 pandemic, the Habs have revived their activities as the last team in terms of points out of the 24 invited by the NHL. His tenacious defensive style, hard work on offense and the brilliance of goaltender Carey Price, however, guided him to a four-game victory over the Penguins.

As the road to take to progress in the playoffs and have the opportunity to lift the Stanley Cup does not soften over the weeks, this surprising triumph allowed the Canadian to have an appointment with the team of the hour. in the NHL, the Philaldephie Flyers, in the Eastern Conference quarter-finals.

The series kicks off Wednesday evening with the second clash taking place on Friday afternoon.

The challenge will not be easy for the Bleu-blanc-rouge, as the Flyers have won all three of their NHL round robin games and clinched the No. 1 spot in the East convincingly. .

And to add, if we go back to the season, the Flyers have won 12 of their last 13 games.

“From what I've seen here in Toronto from the start, the Flyers are the better team based on their current game,” said head coach Claude Julien. It's a big balanced team that has four good lines and has depth in all positions. It will be a great challenge, but we hope that what we have just experienced can help us win this series. ”

After suffering a setback in the second duel of the series against the Penguins, the Canadian seemed to find his bearings in the following two clashes.

The momentum of the last few games may not match that of the Flyers, but the Habs players have played with their own identity and they have been able to frustrate the best elements of the Penguins. It is this airtight style of play that could continue to provide them with success.

“We've always had this identity of playing fast and using our speed. We are able to work better than our opponent and win our fights along the boards, insisted defenseman Brett Kulak. We know they're going to be aggressive in the first game, but I love our game. And with Price behind, we still have a chance to win. ”

“From what I've seen here in Toronto from the start, the Flyers are the better team based on their current game. It's a big balanced team that has four good lines and has depth in all positions. It will be a great challenge, but we hope that what we have just experienced can help us win this series ”- The Canadiens head coach, Claude Julien

If the Montreal team wants to overcome the Flyers, they will also need to get offensive help from their key players. His top four season scorers, Tomas Tatar, Phillip Danault, Max Domi and Brendan Gallagher, have totaled just three assists in the series against the Penguins.

Tatar, who has 61 points, including 22 goals, in 68 games this season, paints a broader picture, however. The Slovak places particular emphasis on teamwork rather than individual performance.

“I had my chances to score, but I couldn't send the puck into the net. I don't care too much about it. We are here as a team and we need to focus on this, he said. It looks better when the stats are high, but we played well as a team and that's why we moved on to the next round. ”

His head coach does not seem to disagree with his comments. Julien also notes the support in attack from players a little less expected.

“As long as there is always someone who contributes and helps you win, things get shared eventually. This is what we saw against the Penguins. Players have had a good run and without them we might not be here today, ”said the Canadiens head coach.

“Youngsters like Suzuki or Kotkaniemi had the mandate to play against good lines and they responded well in addition to scoring important goals,” added Tatar.

It will be a series of reunions for Flyers head coach Alain Vigneault and his assistant Michel Therrien. The two men managed the Bleu-blanc-rouge during their careers and Therrien even made two passes behind the bench for the Montreal team. In the latter case, Julien replaced him in 2017.

The Habs have lost their last two series against the Flyers, in 2008 and 2010. Price is the only player on the team to have experienced these two defeats.

Teilor Stone has been a reporter on the news desk since 2013. Before that she wrote about young adolescence and family dynamics for Styles and was the legal affairs correspondent for the Metro desk. Before joining The Bobr Times, Teilor Stone worked as a staff writer at the Village Voice and a freelancer for Newsday, The Wall Street Journal, GQ and Mirabella. To get in touch, contact me through my teilor@nizhtimes.com 1-800-268-7116
Previous ArticleThe Phoenix solidifies its defense
Next ArticleJulien is ready for any eventuality in the first match