The English Montreal School Board will challenge Bill 96 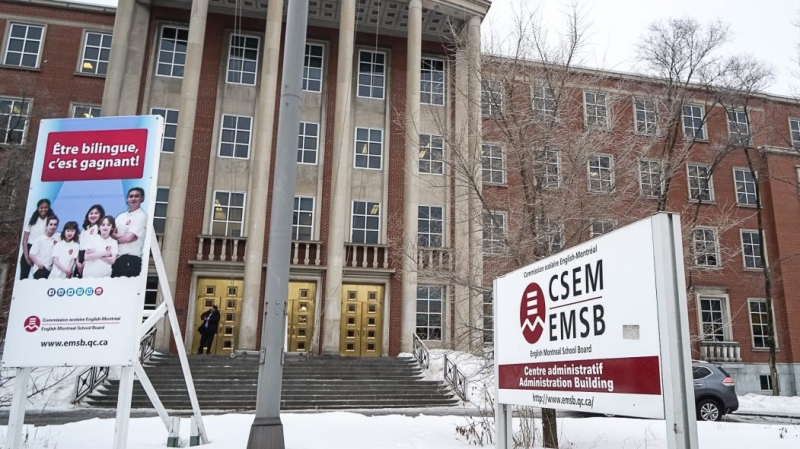 The English Montreal School Board (EMSB), the largest English school board in Quebec, will challenge the new Bill 96 adopted Tuesday by the Legault government. The educational body believes that the law as passed violates the right of English-speaking institutions to manage their establishments.

In a press release issued Friday, the EMSB says it intends to invoke section 23 of the Canadian Charter of Rights and Freedoms. This section states that members of a linguistic minority (Anglophones in Quebec, Francophones elsewhere in Canada) have the right to be educated in their mother tongue.

Bill 96 does not prevent the teaching in English, but it imposes additional French courses in English-speaking CEGEPs.

However, the EMSB is aiming at something broader than the issue of teaching. She will also challenge the provisions making the French version of the laws the only version having authority in Quebec and limiting the use of English before the courts.

“Law 96 violates the right of Quebecers to legislation of equal authority in English and French and to the use of English or French before the courts, pursuant to section 133 of the Constitution Act, 1867. The EMSB believes that section 133 of the Act Constitutional Law of 1867 cannot be modified or restricted unilaterally by the National Assembly, in particular through a unilateral amendment to the Constitutional Law of 1867″, affirms the organization.

“I invite others Anglophone institutions and any organization interested in fundamental human rights to join or support this legal proceeding,” said Joe Ortona, President of the EMSB.

Teilor Stone has been a reporter on the news desk since 2013. Before that she wrote about young adolescence and family dynamics for Styles and was the legal affairs correspondent for the Metro desk. Before joining The Bobr Times, Teilor Stone worked as a staff writer at the Village Voice and a freelancer for Newsday, The Wall Street Journal, GQ and Mirabella. To get in touch, contact me through my teilor@nizhtimes.com 1-800-268-7116
Previous ArticleCPE of Montreal and Laval: the agreement in principle is adopted
Next ArticleSt. Lawrence River: an octogenarian saved by a good Samaritan