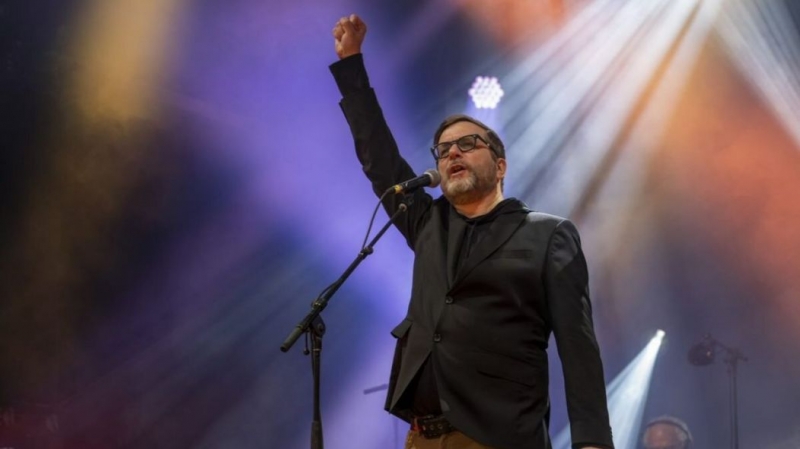 We would have liked to find a more original title than a worn-out reference to the nostalgia, so ambient, so overused, so all-purpose. It is omnipresent, this damned nostalgia, we are served it in all sauces and in all winds.

But when a 56-year-old Luc De Larochellière, cool as he was at 20, shows up at the Francos de Montréal surfing on his cult album Save my soul (1990), with a hook even further behind, in his Amère América (1988), which he decided to spoil the public with a few scores just to prolong the pleasure, we can only look at the past straight in the eyes, head held high and with aplomb.

What's more, when the musicians who accompany him, flanked by two female singers, are exactly the same as during the original Save my soul tour, 32 years ago. Insert here all the imaginable cliches related to “time travel”.

We were however very afraid that this good guy of De Larochellière cannot give it, this outdoor concert on Friday on the Loto-Québec stage, located at the corner of De Maisonneuve and Clark, on this expected – and busy – first evening! – Francos. 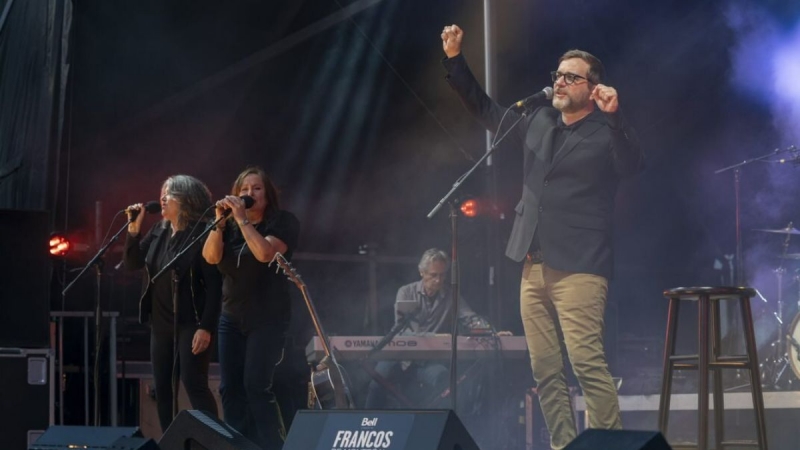 A few steps further, on the Bell stage on the Place des Festivals, Koriass's rap straddled the still current folk-rock of our dashing fifties for about thirty minutes, between 9 p.m. and 9:30 p.m., while at the inside Place des Arts, at the Théâtre Maisonneuve, Lynda Lemay happily reconnected with her Quebec audience. The pandemic is over, here we go again, did you say?

But, in short, we feared for Luc. First because a dark sky had threatened the city all day, before miraculously clearing up in the early evening. But, above all, the singer had mentioned, earlier this week, on Facebook, an emergency intervention that he had to undergo last Sunday, and which almost prevented him from participating in the Opération Enfant Soleil Telethon.< /p>

It is therefore with his gallbladder less that the artist honored his commitment to the Francos. We salute him low, it took audacity and passion to do so. The man opened his evening by joking that he now had “a few holes in his stomach”, but in terms of energy and enthusiasm, nothing appeared. Bladder mourning or not, the voice was still intact, deep here, hoarse there. The pleasure was that of a kid at Christmas.

For an hour and a half, it was Luc De Larochellière's hit festival, peppered with a few bets in context to situate the pieces in time. Spectators listened with one ear, celebrated the joyous atmosphere with the other. We relived the first half of Bitter America, including its title track, the earworm The road is long, then Chinatown, the first of his songs that the singer-songwriter once heard by chance, at the corner of Cherrier and Saint-Hubert streets, when, as a young man, he was walking Tarzan, the sausage dog of his lover at the time, a certain Élisabeth Roy…

The opus Save my soul was then played in precise order, almost exhaustively, its best-known titles received with effusion ( Save My Soul, My Generation, Cash City, Six Feet On The Groundand, on its own, the harmonica line that launches Si fragile, a chord simmered by Marc Pérusse, Luc De Larochellière's early collaborator).

The finale withered a bit with the less familiar Marie-Élisabeth and Un dessert en enfer (moreover played on stage for the first time in 32 years), before to curl up in the tenderness of If I told you come back.

Outdated, outdated, Luc De Larochellière? Go tell that to the toddlers who swayed their hips to his hymns through the honorable crowd that filled the urban park of the Quartier des Spectacles parterre, to the young adults who chanted all the words as if they were forever imprinted in our collective unconscious, to the assumed sixties who seemed to find one of their own.

Luc De Larochellière's audience is everyone. This everyone who wants everyone to love him, but no one loves everyone, words that have, it seems, never resonated as much as today.

Teilor Stone has been a reporter on the news desk since 2013. Before that she wrote about young adolescence and family dynamics for Styles and was the legal affairs correspondent for the Metro desk. Before joining The Bobr Times, Teilor Stone worked as a staff writer at the Village Voice and a freelancer for Newsday, The Wall Street Journal, GQ and Mirabella. To get in touch, contact me through my teilor@nizhtimes.com 1-800-268-7116
Previous ArticleTravel in space with Elsewhere
Next ArticleA magnificent evening to celebrate Karim Ouellet