The Flyers are a source of inspiration too, following Lindblom's return 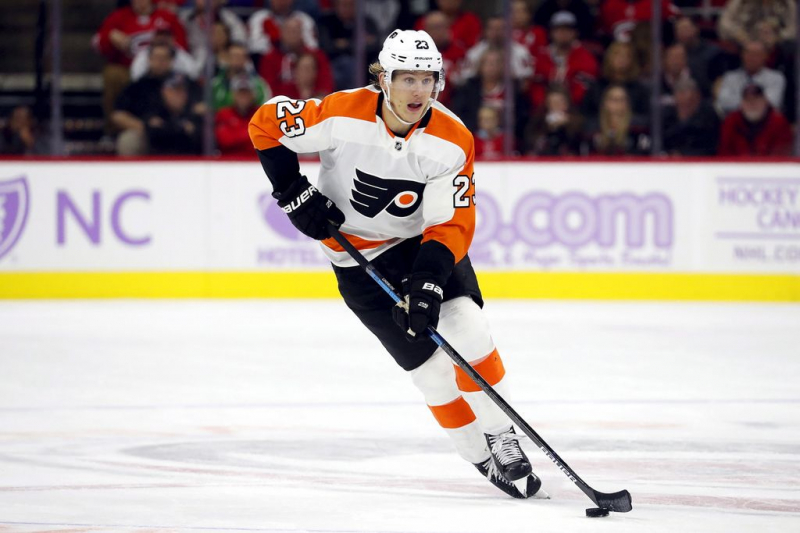 Lindblom, a finalist for the Bill-Masterton Trophy, was diagnosed in December with Ewing's sarcoma, a cancerous tumor that grows in bones or in the tissues around bones.

Share August 16, 2020 2:49 pm Share The Flyers also have a source of inspiration, following the return of Lindblom Alexis Bélanger-Champagne The Canadian Press The Philadelphia Flyers in turn have a reason to offer a performance rich in emotion, so that forward Oskar Lindblom, who has beaten a rare form of bone cancer, was back in training with his teammates on Sunday morning.

The Montreal Canadiens tied their Eastern Conference quarter-final series 1-1 by defeating the Flyers 5-0 on Friday in the absence of head coach Claude Julien. The latter is resting at his home in Montreal, after having a stent in a coronary artery on Thursday.

Already that the Habs had to expect to see the Flyers wanting to redeem themselves for their poor performance on Friday, Alain Vigneault's troop had a touching moment in training on Sunday morning, a few hours from Game 3, in front of start at 8 p.m. “Oskar led the stretches at the end of training. There was a lot of enthusiasm among the players. The coaches, we practically had tears in our eyes, said Vigneault in videoconference. We know what he's been through and we've been with him every step of the way. It was touching to see him skate with us again, even if it was just a morning practice on a match day. ”

Lindblom, a finalist for the Bill-Masterton Trophy, was diagnosed in December with Ewing's sarcoma, a cancerous tumor that grows in bones or in the tissues around bones. The Flyers posted a video on July 2 in which Lindblom rings the Abramson Cancer Center at Pennsylvania Hospital bell, which signified that he had completed his treatments.

The 24-year-old forward returned to Sweden to see his family and friends after completing his treatments. He arrived in the Toronto NHL bubble last week and was able to resume training on Sunday after completing a week of quarantine.

“I have been in contact with the team during the whole process which started over six months ago,” said Lindblom. My teammates gave me a lot of energy. It's the most beautiful thing in the world to be back, to be able to train and skate like before with the guys. ”

Lindblom has 11 goals and 18 points in 30 games this season. There are no timelines in place for his return to play.

For the Canadiens, Sunday is also a day of celebration as goaltender Carey Price celebrated his 33rd birthday.

The Habs goalkeeper has had some exceptional series so far. In six games, Price has maintained an average of 1.46 and a save rate of .954.

“We gave him our happy birthday wishes, but I think he's more focused on the game,” said interim head coach Kirk Muller. He believes in our group, in what is happening. He's excited. He focuses on himself, on his preparation. When you do this, you are probably going to get good results. He's really in his bubble right now.

“The players feed off his composure and the confidence he displays,” added Muller.

Vigneault did not want to confirm if he would make any changes to the Flyers roster. Muller is ready for any eventuality.

“We know they are going to make adjustments, but we are focusing on our group. The players know our game plan. Everyone will have to be ready to get their hands dirty right from the start, ”concluded Muller.

Teilor Stone has been a reporter on the news desk since 2013. Before that she wrote about young adolescence and family dynamics for Styles and was the legal affairs correspondent for the Metro desk. Before joining The Bobr Times, Teilor Stone worked as a staff writer at the Village Voice and a freelancer for Newsday, The Wall Street Journal, GQ and Mirabella. To get in touch, contact me through my teilor@nizhtimes.com 1-800-268-7116
Previous ArticlePoulin and D'Orio do not accompany the Penguins in Toronto
Next ArticleHart and Flyers shutout Canadian 1-0