The last farewells to Juliette Gréco 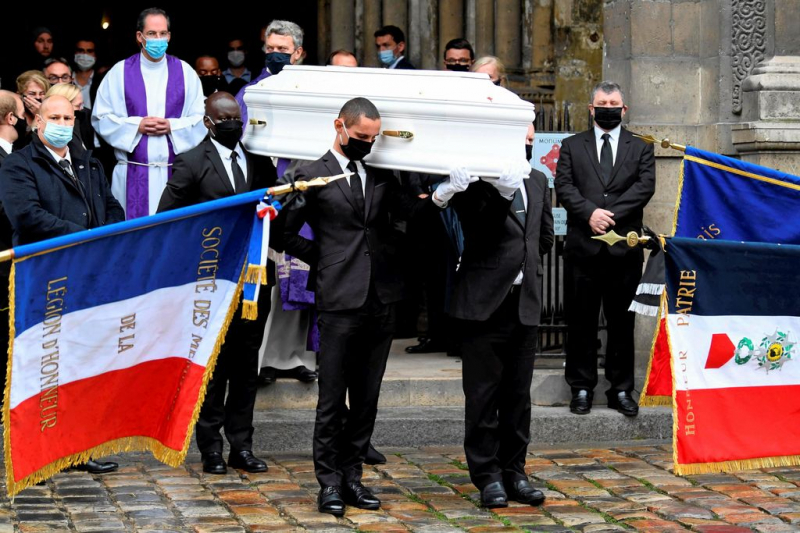 Anonymous and celebrities, including the wife of French President Emmanuel Macron, paid a last tribute on Monday to one of the icons of French song Juliette Gréco, who died at 93.

Share October 5, 2020 Updated on October 6, 2020 at 12:28 am Share Last farewell to Juliette Gréco Agence France-Presse PARIS – Anonymous and celebrities, including the wife of French President Emmanuel Macron, paid a final tribute to one on Monday. icons of French song Juliette Gréco, during her funeral in the Saint-Germain-des-Prés district in Paris.

“We've said everything about you. Femme fatale, femme passion, secret femme, sphinx, elegant, distant, curious, mocking ”, read, in the church, Jacqueline Franjou, creator of the Festival of Ramatuelle (south-east) and long-time friend of that which we nicknamed “the lady in black”, who died at the age of 93 on September 23.

“Originally, the verb is the word, and the word, who better served it than you?” You turned them into precious stones. “

Rapper Abd Al Malik, one of the new generation artists who had recently collaborated with the iconic singer, also spoke. “So you taught us to free ourselves. To love others and to love yourself. Juliette, our friendship is eternal. ”

In the church – where physical distancing was respected, COVID-19 requires – the singer's granddaughter, Julie-Amour Rossini, was seated in the front row, not far from figures such as Brigitte Macron and former President François Hollande , accompanied by actress-producer Julie Gayet.

“God gave his love to all of his creatures. This love, Juliette Gréco sought, desired, lived (…) Her face, her words, her gentleness, her smile have illuminated your lives, ”said Bishop Benoist de Sinety, parish priest, in his homily.

Outside the church, in the square, a Morris column – a typical support for promoting shows and films in Paris – presented a famous black and white photo of Juliette Gréco. 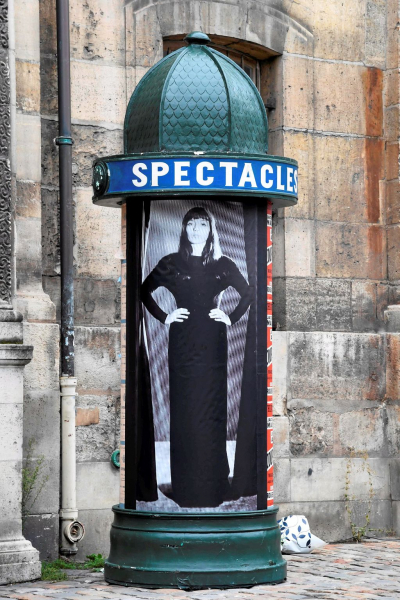 Outside the church, in the square, a Morris column – a typical support for promoting shows and films in Paris – presented a famous black and white photo of Juliette Gréco. AFP, Bertrand Guay

Among the admirers and onlookers, Brigitte Roulé, 69, explains having made the trip from Melun, in the Paris suburbs, to “say goodbye to an extraordinary woman who has given a lot to her audience”.

Free woman, the interpreter of Undress me and Jolie môme , who rubbed shoulders with young Parisian intellectuals and artists in the post-war effervescence, had become a symbol of the district where they met, Saint-Germain-des- Pres, melting pot of existentialism and heart of literary Paris.

Teilor Stone has been a reporter on the news desk since 2013. Before that she wrote about young adolescence and family dynamics for Styles and was the legal affairs correspondent for the Metro desk. Before joining The Bobr Times, Teilor Stone worked as a staff writer at the Village Voice and a freelancer for Newsday, The Wall Street Journal, GQ and Mirabella. To get in touch, contact me through my teilor@nizhtimes.com 1-800-268-7116
Previous ArticleAlbarn and Sissako unite to create an “African” opera
Next ArticleMichel Houellebecq back in bookstores