The mandatory helmet in skateparks 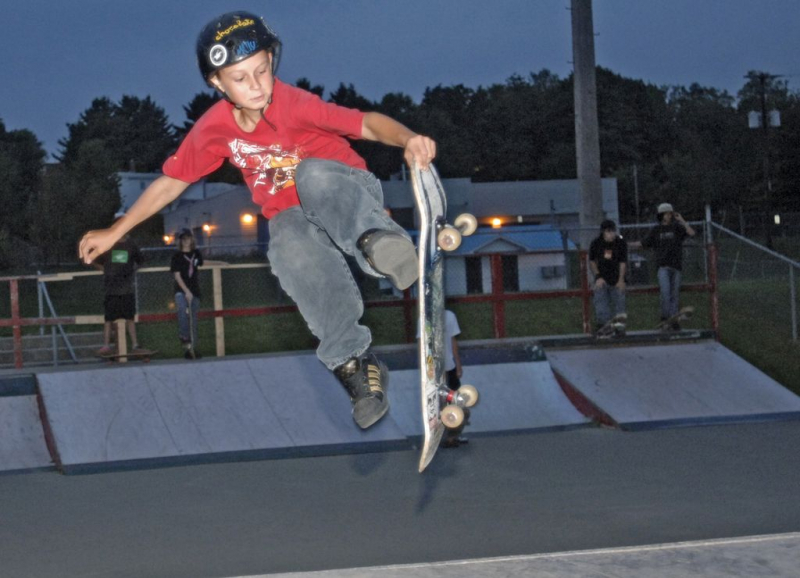 Skateboard park users will have to wear helmets as a new regulation is expected to come into force in the spring.

Jonathan Custeau La Tribune SHERBROOKE – It will now be compulsory to wear a helmet in skateparks and in pumptracks in the territory of the City of Sherbrooke. The president of the public safety committee, Danielle Berthold, made the announcement Monday to city council.

According to her, the idea comes from Captain Guylaine Perron, of the Police Department of the City of Sherbrooke. At present, the police cannot crack down on users who do not wear helmets. However, accidents are reportedly common in installations for skateboards, bicycles and scooters.

“At Desranleau Park, it is not uncommon for the ambulance to show up five or six times a week to pick up young people who have fallen. The idea was brought forward and the public safety committee agreed. Ms. Perron will liaise with the Legal Affairs Department to modify the regulations ”, summarizes Ms. Berthold.

The municipal council is therefore inspired by the by-law which made the bicycle helmet compulsory for children under 18. It is not contemplated to ticket a child who does not wear a helmet. But the regulation will give more weight to awareness and possible interventions with young people. “We do it for the protection of citizens. There are a lot of concussions. These facilities are often made of cement. “

Ms. Berthold did not have statistics on hand regarding the number of accidents at skateboard parks or pump tracks. “However, I remember being surprised at the number of police interventions, who are often warned by other users or by park wardens. It was normal that we came to this, especially since these sports are more dangerous than cycling. “

The president of the public safety committee believes that the regulation could come into force in the spring, in time for the next hot season.

Teilor Stone has been a reporter on the news desk since 2013. Before that she wrote about young adolescence and family dynamics for Styles and was the legal affairs correspondent for the Metro desk. Before joining The Bobr Times, Teilor Stone worked as a staff writer at the Village Voice and a freelancer for Newsday, The Wall Street Journal, GQ and Mirabella. To get in touch, contact me through my teilor@nizhtimes.com 1-800-268-7116
Previous ArticleSoon compost in all schools?
Next ArticleDeath of Héliodore Dulac: “a rather particular scene” [PHOTOS]