The meeting between Legault and the Atikamekw chiefs set for Monday 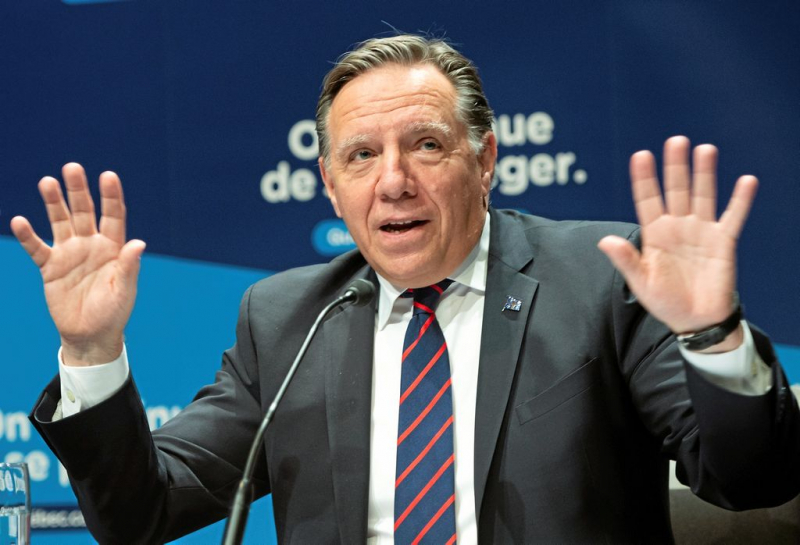 Prime Minister François Legault will meet with leaders of the Atikamekw nation on Monday afternoon at his office in Montreal.

Share October 4, 2020 9:12 p.m. Share Meeting between Legault and Atikamekw chiefs set for Monday The Canadian Press Prime Minister François Legault will meet with chiefs of the Atikamekw nation on Monday afternoon at his office in Montreal.

This meeting was fixed exactly one week after the death of Joyce Echaquan, a young native mother, under a shower of racist insults at the Joliette hospital. The disturbing scene, filmed by the patient herself, sparked outrage across the country.

In an interview with Everyone talks about it on Sunday evening, Grand Chief Awashish said he wanted to “clarify government positions”.

“We want the denial to stop,” he said.

François Legault recognizes the presence of racism against Indigenous people in Quebec, but not its systemic nature.

According to Grand Chief Awashish, however, this would not amount to asserting that this racism is systematic or that all Quebecers are racist.

He believes that the latter now have a better understanding of this reality.

“Quebecers were outraged, scandalized by the video. Now there is something concrete. They have seen what we have been talking about for years, us Aboriginals. ”

Also present on the set of the show, the Minister of Public Security and Deputy Prime Minister of Quebec, Geneviève Guilbault, refused to get wet in what she described as “semantic debates”. “Yes, there is racism in several organizations, in several ways of doing things,” she nevertheless admitted.

In a statement sent earlier Sunday, Atikamekw leaders said the meeting with the Prime Minister was necessary to take stock of the sad fate of their colleague. “In a Nation to Nation relationship, it is more than desirable to be united and to work jointly with the goal of improving the society in which we live.”

They said they wanted to collaborate “in a constructive spirit and marked by a real partnership” with the government of Quebec.

Joyce Echaquan's family wants “all the light to be shed”

Teilor Stone has been a reporter on the news desk since 2013. Before that she wrote about young adolescence and family dynamics for Styles and was the legal affairs correspondent for the Metro desk. Before joining The Bobr Times, Teilor Stone worked as a staff writer at the Village Voice and a freelancer for Newsday, The Wall Street Journal, GQ and Mirabella. To get in touch, contact me through my teilor@nizhtimes.com 1-800-268-7116
Previous ArticleAnnamie Paul succeeds Elizabeth May as Green Party of Canada leader
Next ArticleDeath of Joyce Echaquan: Prime Minister François Legault ready to apologize