The part of the real

By Teilor Stoneon January 12, 2022in Politic 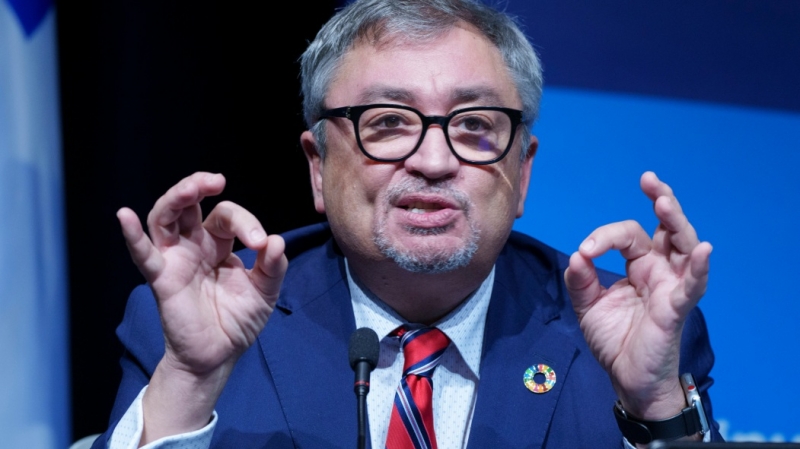 If I had one piece of advice for a friend wishing to get into politics, it would undoubtedly be this: be shrewd, affable, and funny. The rest? It's going to be fine.

Because both incompetence and lies, beneath the veneer of bonhomie, will be protected by the lightning rod of popular approval. This will also be, a contrario, inversely proportional with regard to the cold or condescending politician. No? A test: if Gaétan Barrette had occupied the same functions as Dr Arruda, with a similar record? How long before the crowd clamors for his head? Two months? Less?

A small confession: I have absolutely nothing against Arruda's person, but everything against what I just described, i. e. the variable geometry appreciation of political excellence. The latter, no offense, is at the heart of the downfall of our current democracies, a stampede galvanized by social media emphasizing form over substance, sympathetic over result. Symptomatic, it goes without saying, of a reality TV company, snapshot, and influencer out there.

Since last night, the question keeps coming back: did he do things well, Arruda, anyway? It would, of course, be a good idea to find him some good shots. The guy, after all, has been rampaging like a beast for 20 months, all for the hoped-for benefit of the common good. Since I have too many faults to be a liar any more, I refuse the strong temptation of soliciting after the fact. Flat to say, but apart from acting as a social lubricant ensuring better adherence to measures, its record is a failure strewn with lies or half-truths.

Even in recent days, he was skating to make us swallow the ingobible, the dangerousness of N95 masks and purifiers on the grounds of a crazy “false sense of security”. As if Xavier-Antonin, sitting in his primary class, would suddenly start to breathe harder knowing the purifier by his side.

The report of the coroner responsible for shedding light on the CHSLD debacle risks, in turn, severely splashing the former director. Why? Because the dire numbers already speak for themselves, when it comes to deaths. Because Arruda himself admitted not following Canada's public health guidelines. Ditto for those of Dr. Liu, who implored him to separate the said CHSLDs into hot and cold zones. When questioned as part of the investigation, he had to admit “not remembering” whether or not he had transmitted a similar directive to the network.

Add to the above the slackening November measures, irrepressible desire for a little karaoke oblige, even though Omicron was setting the West on fire. Looks like deja vu, doesn't it? Dixit Einstein: The definition of insanity is to repeat the same gesture and candidly expect different results.

This last illustration refers, I believe, to the root of the problem: the Legault government's sickly obsession with electoralism. To the detriment, too often, of science. How much, in fact, of decisions directly emanating from the Arruda office? Why this masquerade of joint, thieving-style press conferences, when all the other Canadian provinces, including the federal government, tend to be impervious presentations? What independence, indeed, on the part of a director simultaneously combining the contradictory jobs of assistant deputy minister and national director of public health?

Who, frankly, is the real culprit? Arruda the scientist or Horacio the politician, endorsing the indefensible? It remains to be seen whether, once freed from the awkward chains of partisan servitude, the doctor will agree to deliver his version of the facts. If so, it does not bode well for those who have used it, fallaciously by the way, as a scientific screen and becoming lightning rod.

Teilor Stone has been a reporter on the news desk since 2013. Before that she wrote about young adolescence and family dynamics for Styles and was the legal affairs correspondent for the Metro desk. Before joining The Bobr Times, Teilor Stone worked as a staff writer at the Village Voice and a freelancer for Newsday, The Wall Street Journal, GQ and Mirabella. To get in touch, contact me through my teilor@nizhtimes.com 1-800-268-7116
Previous ArticleLIVE: François Legault introduces Horacio Arruda's successor, Luc Boileau
Next ArticleThe vaccine passport will be requested in supermarkets