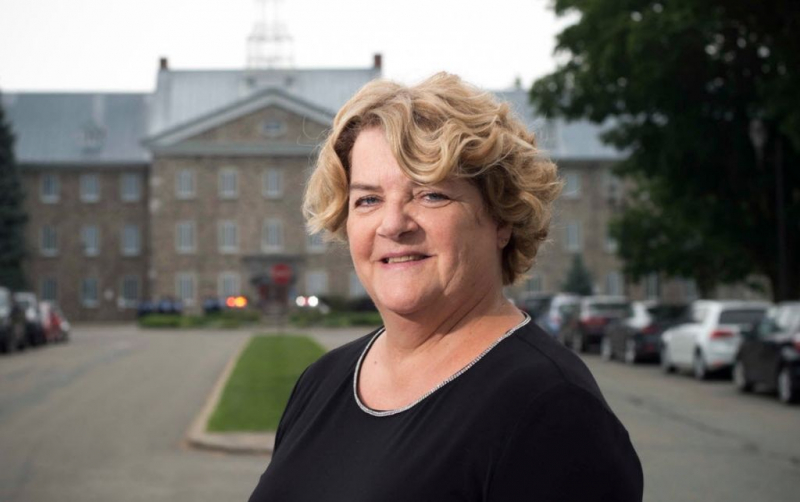 Murphy informed the Minister of Justice on Monday that she would be stepping down in February 2021 in order to retire, about a year before the end of her term.

A note then circulated to prosecutors on Tuesday, before the information was made public at the beginning of American election night, confirmed to The Canadian Press the spokesperson for the DPCP, Audrey Roy-Cloutier, who however speaks of pure chance.

The DPCP, which will not grant interviews since it is still in office, had to give the government three months notice, explained Me Roy-Cloutier. On February 2, 2021, she will celebrate her 40 years of career. It was at this point that she chose to bow out.

On Wednesday, QS co-spokesperson Gabriel Nadeau-Dubois called Me Murphy's decision “not trivial” and the timing to announce it as “really curious”. He said at a press point to want to better understand what motivates her.

“Making the announcement of a departure, in a context where media attention is essentially focused on what is happening in the United States, (…) it generates doubts, it fuels mistrust”, a- he said, recalling that this is not the first time this has happened.

In 2018, the big boss of the Permanent Anti-Corruption Unit (UPAC), Robert Lafrenière, announced his departure without explanation on the day of the provincial elections.

The parliamentary leader of the PQ, Pascal Bérubé, said Wednesday that he wanted Me Murphy to explain himself to the media. “Why leave before the end of her term?” What justifies it? ” he asked at a press briefing.

According to Mr. Bérubé, it is about confidence in justice. “She can freely (…) make herself available for a press activity here at the National Assembly. This is my wish, ”he said.

Asked about this, the Minister of Public Security, Geneviève Guilbault, affirmed to take note of Me Murphy's decision. According to her, this is a “personal” decision that she can only respect.

“If someone decides to retire, how to announce it, when she announces it, the reasons why she makes that decision is up to him,” said the minister.

“From there, our responsibility (…) is to ensure that we will be able to designate a replacement.” The nomination will have to receive the support of two-thirds of the deputies of the National Assembly, under Law 1, she explained.

In the past, Me Murphy had requested the Deputy Minister of Public Safety for an investigation by the Bureau of Independent Investigations (BEI) into the leaks of confidential information at UPAC.

More recently, she found herself in the spotlight regarding the actions of the Director General of the Sûreté du Québec (SQ), Martin Prud'homme.

An ethical breach was allegedly committed by Mr. Prud'homme when he appealed to the Director of Criminal and Penal Prosecutions in October 2017. Mr. Prud'homme has since been cleared of any criminal allegations.

Ms. Guilbault said last month that the Civil Service Commission will investigate the actions of Mr. Prud'homme, suspended with pay for more than 18 months.

“I would like someone to explain to us what is happening in general, then, in particular, is Ms. Murphy's departure related or not to the current conflict situation between the SQ and the DPCP?” These are questions we ask ourselves, ”added Mr. Nadeau-Dubois.

Minister Guilbault made no connection on Wednesday between the ongoing investigation and the announcement of the surprise departure of Me Murphy.

Teilor Stone has been a reporter on the news desk since 2013. Before that she wrote about young adolescence and family dynamics for Styles and was the legal affairs correspondent for the Metro desk. Before joining The Bobr Times, Teilor Stone worked as a staff writer at the Village Voice and a freelancer for Newsday, The Wall Street Journal, GQ and Mirabella. To get in touch, contact me through my teilor@nizhtimes.com 1-800-268-7116
Previous ArticleFrançois Legault wants to continue to “make prosper” the relationship between Quebec and the United States
Next ArticleLesson from the American elections: “We are still able to talk to each other”, believes Nadeau-Dubois