“The restaurant after”: thinking about the environment differently

Between job losses and the uncertainty of constant closings and reopenings, the impact of the pandemic on the restaurant industry has generally been portrayed as nightmarish. But the upheavals of this period had a positive impact on the lives of some restaurateurs. The documentary web series Le restaurant d’après, broadcast on Mordu, focuses on their story.

In the six episodes of about twenty minutes each, the director Bruno Florin meets various restaurateurs.rice.s whose way of life has obviously been upset by the pandemic, but who have been able to pull their pin game by completely rethinking their relationship to their profession.

These people have come to implement solutions that have brought a healthier balance to their lives. They who often lived only for their job, who were forced to make great sacrifices, in particular to the detriment of their relationships, are now happier and more fulfilled in their work than they were before the crisis. 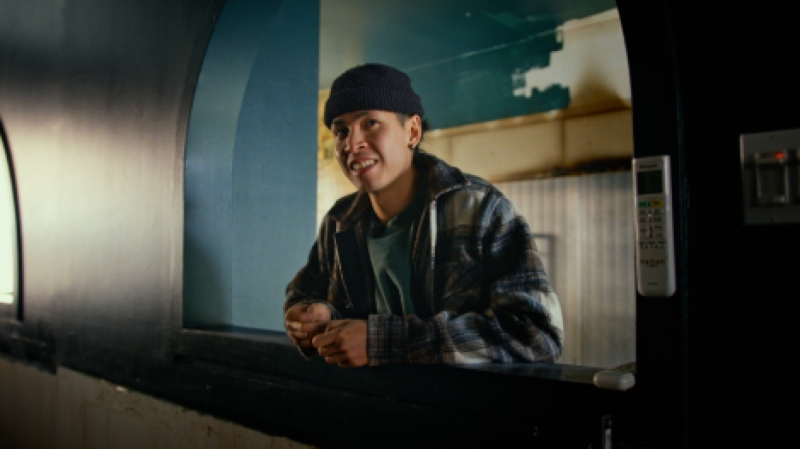 Their testimonies are often touching thanks to the very human touch of the documentary. Due to limited resources, the director was usually alone with them during meetings, which, in his opinion, created a great sense of closeness and intimacy. And that's what he was looking for. “This environment has stories to tell beyond simple recipes,” he argues in an interview with Métro.

Chef owners, such as Minh Phat Tu, from Mui Mui, and Simon Mathys, from the Mastard, who used to be constantly overwhelmed, have decided to have reduced hours to give themselves more time, discover other hobbies and take care of their families.

Others, like Francis Blais and Camilo Lapointe-Nascimento, of the Menu Extra ordering service, or Anita Feng, of the J'ai Feng grocery store, have deconstructed their idea of ​​what it is to work in the restaurant industry to open thing that a classic restaurant.

Finally the time to think

“The pandemic has been an important opportunity for many to question themselves, which echoes the reality of many other people who do not work in restaurants,” explains Bruno Florin .

“The industry has been banging on it for so long to give everything to its customers that it has forgotten a bit about it. We take care of the world, but let's take care of ourselves too”, suggests the chef, who specifies that taking care of yourself for a restaurant also means taking good care of its employees, paying them properly and offering them working hours. decent work.

With this series, Bruno Florin's goal is clear. It does not aspire to paint an exhaustive and accurate portrait of what restoration is like in 2022. It focuses on what has come out positive from the last two years, “on the glass half full rather than half empty “.

“That’s one of the reasons why I embarked on his project, explains Francis Blais. I wanted to show what beautiful things came out of it. I now have a business that I love and am extremely proud of. I don't think I would have embarked on the show if it was to show the negative. We have already talked about that enough. »

Teilor Stone has been a reporter on the news desk since 2013. Before that she wrote about young adolescence and family dynamics for Styles and was the legal affairs correspondent for the Metro desk. Before joining The Bobr Times, Teilor Stone worked as a staff writer at the Village Voice and a freelancer for Newsday, The Wall Street Journal, GQ and Mirabella. To get in touch, contact me through my teilor@nizhtimes.com 1-800-268-7116
Previous ArticleMontreal should receive its first snowflakes on Wednesday
Next Article20 local gifts that do good for Christmas