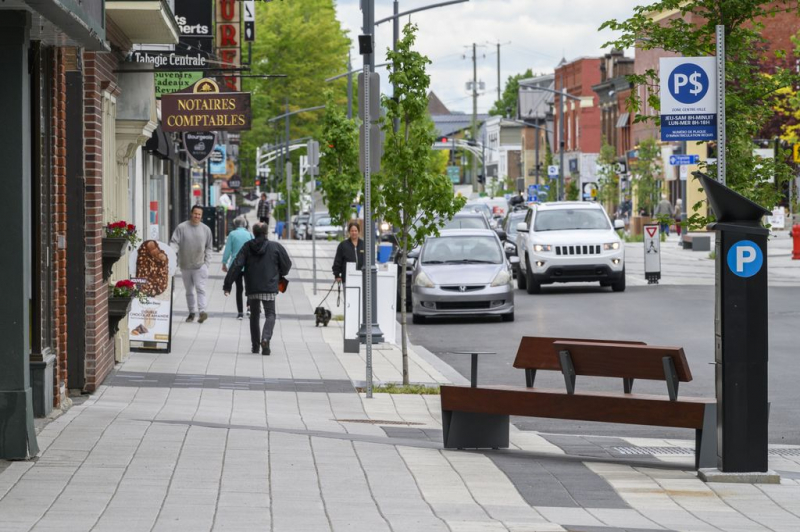 With the presence of many second homes on its territory, the Régie de police de Memphrémgaog (RPM) expects these part-time residents to move from the red zones to the orange zone where its territory is located.

René-Charles Quirion La Tribune With the presence of many second homes on its territory, the Régie de police de Memphrémgaog (RPM) expects these part-time residents to move from the red zones to the orange zone where its territory is located.

Although second homes in the Magog-Orford region are far from being hunting camps as in the example used by the Premier of Quebec at a press briefing, Wednesday, the director of the RPM, Guy Roy, invites chalet owners and users to apply the same logic.

“We prepare in the same way as during the spring containment. It is not forbidden for them to come to the region, but we invite them to arrive with their food and to avoid frequenting the shops. If they absolutely must do so, they must redouble their attention to sanitary measures, ”explains Guy Roy.

The director of the RPM wants the residents of the red zones to respect Prime Minister François Legault's recommendation not to move from one region to another.

The director of the RPM remains convinced that people respect the measures in place in the decree, especially on gatherings.

“These rules are now known. People know what a rally is. In the orange zone, as is the case on our territory, it is a maximum of six people or two families, whether inside or outside, ”recalls the director of the RPM.

He assures us that the police will not do a witch hunt.

“It doesn't mean we won't intervene. The rules are clear and we will apply them. People can no longer say that they are not aware of these rules. We have not noted a marked increase in citizen denunciations, ”points out Guy Roy.

The Memphrémagog Police Authority ensures regular monitoring with bar owners and restaurateurs in its territory.

“We work in collaboration with them. During the OSCAR operation in bars and restaurants, we did not find any infringements. As a general rule, we receive excellent cooperation from these traders, ”assures Guy Roy.

Prevention is done upstream while a liaison officer toured the establishments on Thursday in the territory of the RPM.

“We made them aware of the decree. If there are any questions from them, it allows us to check with public health and the DPCP so that everything is clear to everyone, ”says the director of the RPM.

Since the start of confinement, around twenty general infringement reports have been issued in connection with health rules on the territory of the RPM.

“It's going relatively well. People play by the rules. We must continue to answer questions about the people who frequent the coastal park, downtown or Mount Orford. It is not forbidden to go for a walk while respecting the distance. It is the gatherings which are prohibited, not to go for a walk, ”recalls Guy Roy.

The Sherbrooke police service also ensures that it will apply the measures of the new decree according to the provisions relating to the orange zone.

“We will continue to be present on the ground as we have been since the start of the pandemic,” said SPS spokesperson Martin Carrier.

Teilor Stone has been a reporter on the news desk since 2013. Before that she wrote about young adolescence and family dynamics for Styles and was the legal affairs correspondent for the Metro desk. Before joining The Bobr Times, Teilor Stone worked as a staff writer at the Village Voice and a freelancer for Newsday, The Wall Street Journal, GQ and Mirabella. To get in touch, contact me through my teilor@nizhtimes.com 1-800-268-7116
Previous ArticleUltra Nan's work on climate will not be exhibited at city council
Next ArticlePascal Montembeault sentenced to 13 and a half years in penitentiary