The STS consults for the revision of its service offer 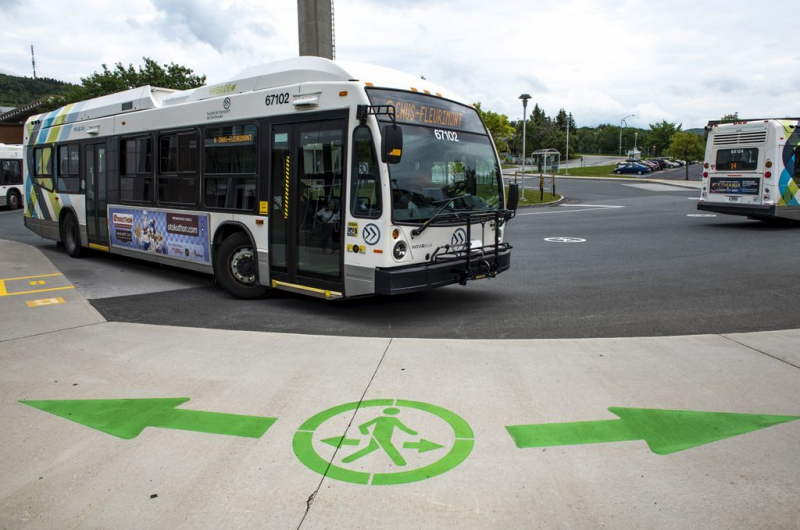 Public transport users are asked to comment on the STS's service offer in a survey conducted on the internet.

Jonathan Custeau La Tribune SHERBROOKE – The Société de transport de Sherbrooke (STS) was to launch a major consultation in the spring to revise the offer of its public transport services. Suspended due to COVID, the consultation is now launched, online at sts.qc.ca, until October 9.

“We want to assess users' expectations in terms of the frequency of bus trips, but also to know the acceptable travel times, the walking time they are willing to devote to get to a bus stop and the time acceptable wait during correspondence ”, summarizes the president of the STS, Marc Denault.

Coverage of the territory is also one of the subjects discussed in the survey.

“At the moment, the walking distance to the bus stops is about 600 meters. Are people ready to walk more to have more frequency on certain axes, for example between Rock Forest and the city center? When we manage to add services or deploy new circuits, we will be able to adjust the offer according to the profile of our users. “

Mr. Denault specifies that the habits of public transit users have changed in recent months. “Travel generators have been created. We think of the industrial park, but also of the Plaza de l'Ouest. All of this brings pressure and we have to see how we will manage the expansion or modification of our network. It should be mentioned that the service standards book has not been reviewed for more than ten years. This is why we must rethink the basics of planning the current network in order to fully understand mobility needs. “

A second phase of exchanges with citizens is planned while consultation with the population and partners is desired before the implementation of the new set of standards.

Citizens who do not have the opportunity to complete the questionnaire on the internet can call the STS customer service. A hard copy of the survey will be mailed to them.

The government of Quebec also announced last week financial assistance of $ 1.2 billion for public transit organizations, in order to compensate for the losses incurred due to COVID-19. For Sherbrooke, the figure of $ 1.5 million has circulated, but Marc Denault says he has no confirmation of the amount that the STS will receive.

“Nothing is formalized. We have to prove that we have a lack of income. The envelope could be for two fiscal years when it is very difficult to predict what the future holds. “

The shortfall at the STS was estimated at $ 4.5 million at the start of the summer. The ability to collect user payments again now leads us to believe that the deficit would rather be between $ 2 and $ 2.5 million. “We asked some employees to participate by accepting reassignment and we were able to charge customers. The government said it would support us for 50% of our deficits, but I do not believe the City will be able to cover the other half. You should know that we are subsidized according to our traffic and our service offer. I hope the government will understand that we would have liked to offer more services, but that the traffic was not there, ”comments Mr. Denault.

Finally, the president of the STS specifies that modernization steps are underway and that an important project has been submitted to the Government of Quebec. “We have presented a structuring $ 80 million project to the government. We met the MPs from the region and they were all excited. We are among the best performers for cities our size. We are thinking about electrifying our buses and adding services as well, but the Government of Quebec will have to help us. And to electrify transport, we will have to modernize some of our equipment, including recharging buses. “

The arrival of the first fully electric vehicle was scheduled for 2021, but COVID could delay this acquisition.

“We are also looking to make our offer more complete, to serve more. Is it by creating park-and-ride lots? Could we go to Coaticook in the morning to drop off workers and bring back students at the same time? “

The STS therefore wants to shine throughout the region.

Teilor Stone has been a reporter on the news desk since 2013. Before that she wrote about young adolescence and family dynamics for Styles and was the legal affairs correspondent for the Metro desk. Before joining The Bobr Times, Teilor Stone worked as a staff writer at the Village Voice and a freelancer for Newsday, The Wall Street Journal, GQ and Mirabella. To get in touch, contact me through my teilor@nizhtimes.com 1-800-268-7116
Previous ArticleExtension of streets on the McCrea plateau
Next ArticleThe owners of Kàapeh remain positive