The surprises and disappointments of the Canadiens' playoffs 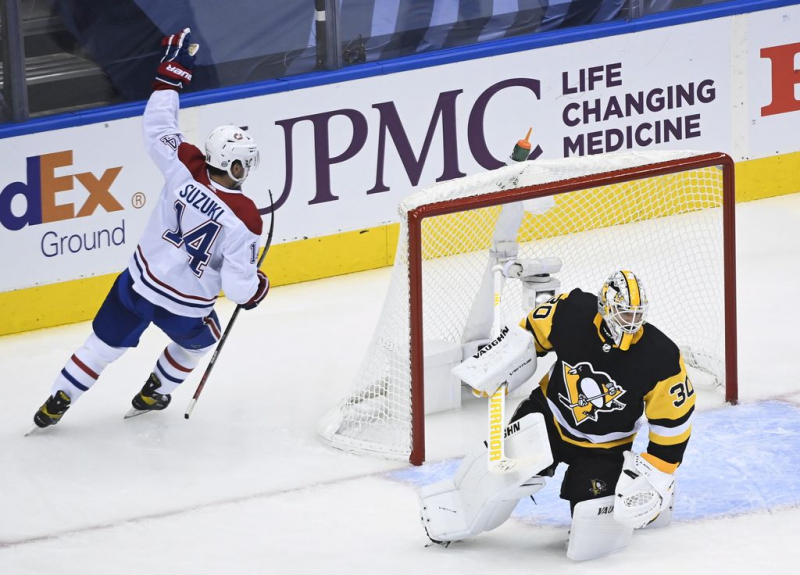 Nick Suzuki already seems ready to serve as the locomotive of the Habs attack.

Share August 23, 2020 3:37 p.m. Updated at 9:40 p.m. Share The surprises and disappointments of the playoffs at the Canadian Alexis Bélanger-Champagne The Canadian Press The general manager of the Montreal Canadiens, Marc Bergevin, said during his end-of-season review that the 10 games played by his squad in the NHL Stimulus Tournament will help him make decisions during the offseason.

Some took advantage of this adventure to confirm their potential or bounce back from difficult times in the regular season. Others have instead demonstrated that maybe they shouldn't be part of the team's long-term plans.

Here are five players whose perceptions may have changed during the Canadiens' journey into the playoffs.

Nick Suzuki rose through many ranks during his first season in professional hockey. He carved out a job with the Canadiens during camp last September, then finished the playoffs as the team's top forward. We knew that Suzuki had a bright future, but he already seems ready to serve as the locomotive of the Habs attack.

The 21-year-old Ontarian had four goals and three assists and delivered the goods in important moments, much like his last season at the junior level, when he was the OHL playoff champion and helped his team to win the championship.

Also reliable in its territory, Suzuki could therefore be the No. 1 center of the Canadian from the start of the next campaign, or at least share the main responsibilities with Phillip Danault. 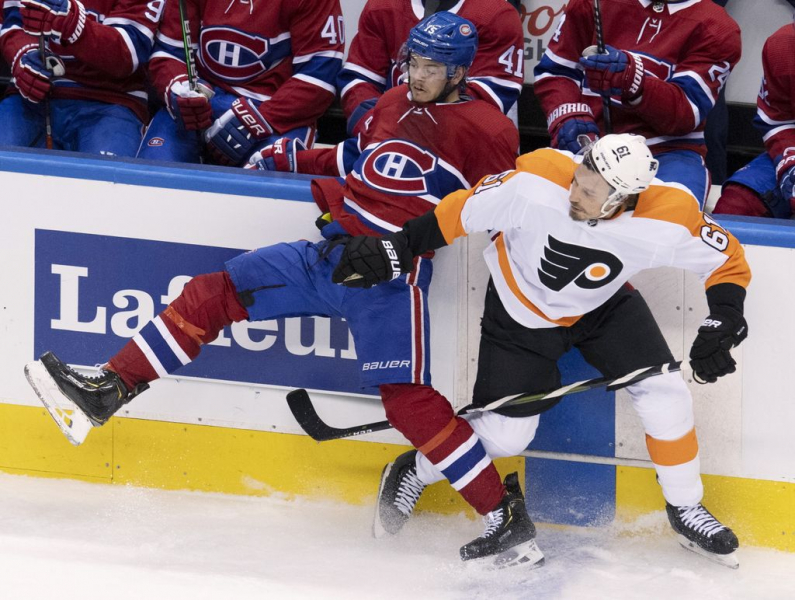 Bergevin insisted that Jesperi Kotkaniemi had taken charge during the pandemic shutdown and deserved all the credit for his playoff success.

Kotkaniemi worked on his skate stroke and increased the strength in his legs, which allowed him to fall backwards less often in battles along the ramp. He wasn't afraid to get physically involved, applying 36 hits in 10 games, good for sixth overall in the NHL after the association quarterfinals.

The 20-year-old Finn has scored four goals in 10 games. He recalled why the Canadian had selected him third in the 2018 draft. 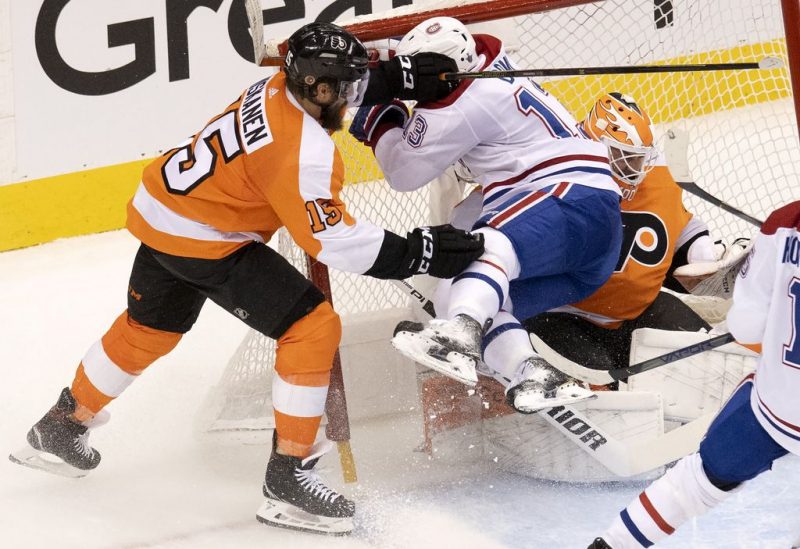 In the playoffs, Max Domi has collected just three assists, all in the same game. The Canadian Press, Frank Gunn

Here is a player who will have to do like Kotkaniemi and “take charge”, according to Bergevin.

Max Domi had a productive start to the campaign, but everything seemed to derail when he was posted to the wing for a few games in mid-November. He was ultimately limited to 44 points in 71 games, having amassed 72 points in 82 games the previous season.

Because of his hot temper, many expected him to shine in his first NHL playoff experience. He had just three assists, all in the same game. He was also limited to a supporting role – for several games within the fourth line – which suggests that he may no longer have the favor of coach Claude Julien. 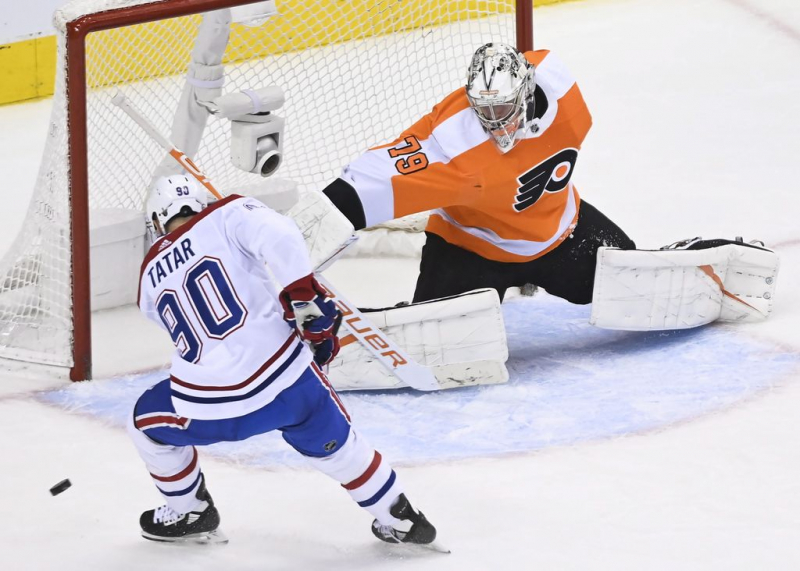 The Canadiens' top scorer in the regular season, Tomas Tatar has been virtually invisible most nights during the playoffs. The Canadian Press, Nathan Denette

The Canadiens' top scorer in the regular season, Tomas Tatar has been virtually invisible most nights during the playoffs. A less polite way of putting it is that we now understand why he was sidelined by the Vegas Golden Knights on their way to the Stanley Cup Final in 2018.

Tatar nevertheless remains an important member of the team within the trio of Danault, along with Brendan Gallagher. Their bond has made this unit one of the best in the NHL evenly over the past two seasons.

However, Tatar is 29 years old and will become an unrestricted free agent at the conclusion of the next season. Bergevin said he wanted to remain cautious in his management of the payroll. Tatar hasn't shown anything in the playoffs to convince Bergevin to give him a long-term contract next winter. 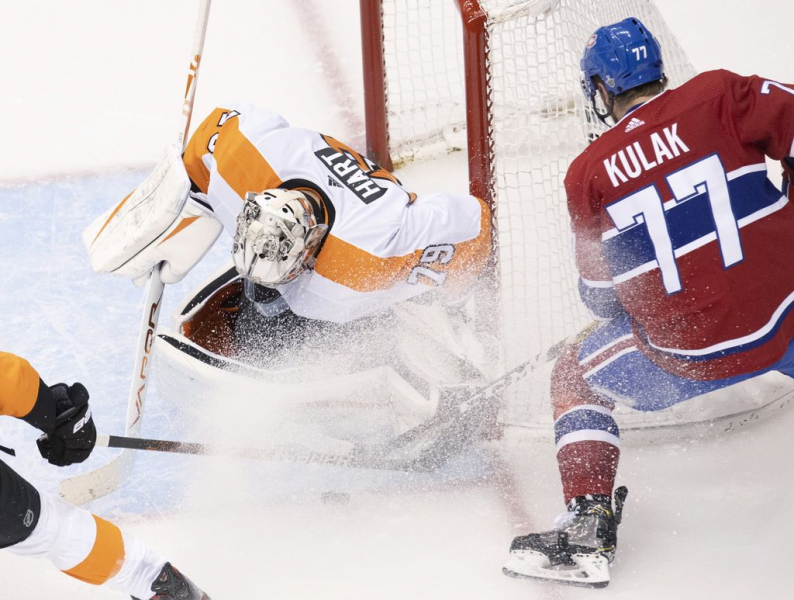 Brett Kulak has consolidated his presence in the Canadiens top 4 ahead of the next season. The Canadian Press, Frank Gunn

The Canadian could only count on three reliable defenders – Shea Weber, Ben Chiarot and Jeff Petry – but the whole brigade ended up doing a good job. Brett Kulak particularly offered inspired hockey in the qualifying round against the Pittsburgh Penguins.

Sometimes left out by Julien during the regular season and arrived late in recovery camp since he suffered from COVID-19, Kulak was a good addition to Petry in the second pair.

Kulak has consolidated his presence in the Canadiens top 4 ahead of the next season. If he continues to play this way and if Alexander Romanov lives up to expectations, Victor Mete could quickly become the left-handed defender in excess for the Habs and serve as a bargaining chip in a transaction.

Teilor Stone has been a reporter on the news desk since 2013. Before that she wrote about young adolescence and family dynamics for Styles and was the legal affairs correspondent for the Metro desk. Before joining The Bobr Times, Teilor Stone worked as a staff writer at the Village Voice and a freelancer for Newsday, The Wall Street Journal, GQ and Mirabella. To get in touch, contact me through my teilor@nizhtimes.com 1-800-268-7116
Previous ArticleThe Canadian lived “an experience that is priceless”, believes Bergevin
Next ArticleCaught in the United States, Kreutzer is bored