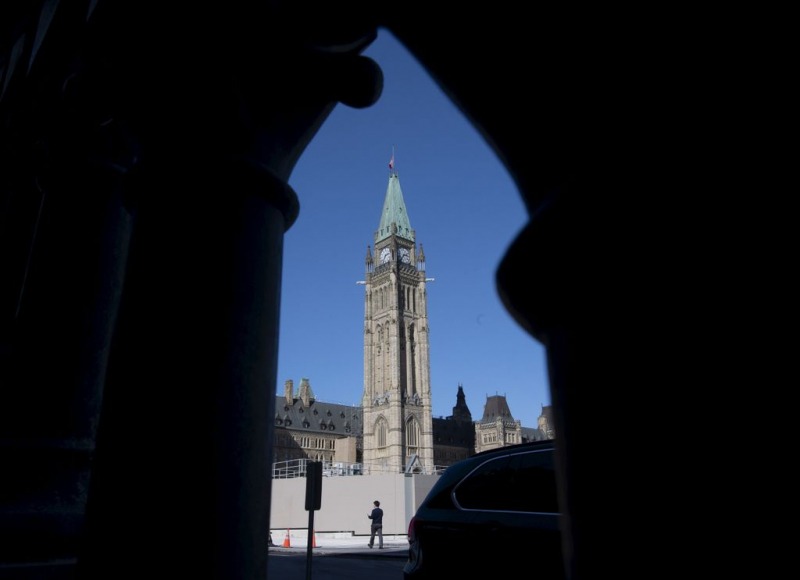 Share September 29, 2020 8:31 am Share First-ever e-voting in the Commons plagued by technical glitches Joan Bryden The Canadian Press OTTAWA – Federal Members of Parliament completed their first-ever remote vote in the House of Commons on Monday evening, a historic occasion that was marked by many technical glitches, long delays and brief appearances from some of their children and even a pet.

The vote was on a Bloc Québécois subamendment in connection with an amendment proposed by the Conservative Party for last week's Speech from the Throne, a routine matter that would normally have taken 15 minutes.

He was beaten by 293 votes to 33 – with the help of a Bloc member who accidentally voted against his own party's proposal “because of all the confusion” of video conferencing.

It took nearly two hours to achieve this result.

From the outset, a failure in Microsoft's system delayed the holding of the vote by approximately 40 minutes.

Only a few dozen elected officials were present to speak in person and the others joined them by video conference in a very slow roll-call vote.

Commons Speaker Anthony Rota had to repeatedly remind MPs to turn their microphones back on and slowly speak out the statement “I vote for (or against) the motion” in order to give their computer cameras time to activate and allow the officers of the Commons table to record each vote and can visually check who was voting.

He also had to remind them to mute their microphones as soon as they had finished voting, noting that “any movement like kissing your children activates the microphone and the camera comes on you.”

And indeed, the evil face of a deputy appeared repeatedly on the video screen when someone was casting their vote. Many MPs had to try several times before their votes were properly recorded.

A few MPs seemed to take care of their children at the same time as voting.

Liberal MP Nathaniel Erskine-Smith's vote against the Bloc's subamendment was punctuated by the cry of a baby in the cradle behind him, prompting laughter from members of the House.

A Tory MP's toddler sat next to him as he voted. And Tory MP Michelle Rempel Garner held a dog in her lap, waving her paw at the camera as she voted.

Several MPs were unable to connect to the video session and had to record their votes separately during calls to officers at the Table of Commons. Despite this, Green MP Jenica Atwin's vote was not recorded, which Anthony Rota has vowed to review.

Liberal MP Emmanuel Dubourg first said he was voting for the motion, but immediately corrected himself to say he was against it.

Xavier Barsalou-Duval, the first Bloc MP to vote electronically, sparked great joy in the House of Commons when he said he was also voting against the motion. However, he did not immediately correct his mistake and his subsequent attempt to change his vote to a yes was rejected.

When it was finally over, Tory Whip Blake Richards noted that a number of male MPs had voted without wearing jackets while others appeared to have “props” in sight on screen, in violation of the rules of the House. decorum prevailing in the House of Commons. He also noted that some MPs posted photos of themselves virtually voting for the first time on social media.

Anthony Rota reminded MPs that the context behind them when they vote should be virtually “as neutral as possible”, with no props or anything that “promotes a certain ideology”. Male MPs must wear a jacket, and Anthony Rota encouraged them to wear a tie as well.

Regarding taking pictures of the virtual procedures, Anthony Rota said: “I know they are excited and it's a historic night and they want to take a picture, but they shouldn't be taking pictures. and publish them on the web. It's against the rules. ”

Teilor Stone has been a reporter on the news desk since 2013. Before that she wrote about young adolescence and family dynamics for Styles and was the legal affairs correspondent for the Metro desk. Before joining The Bobr Times, Teilor Stone worked as a staff writer at the Village Voice and a freelancer for Newsday, The Wall Street Journal, GQ and Mirabella. To get in touch, contact me through my teilor@nizhtimes.com 1-800-268-7116
Previous ArticleThe Bloc Québécois proposes a post-pandemic economic recovery plan
Next ArticleRed zones: the three opposition parties demand an explanation