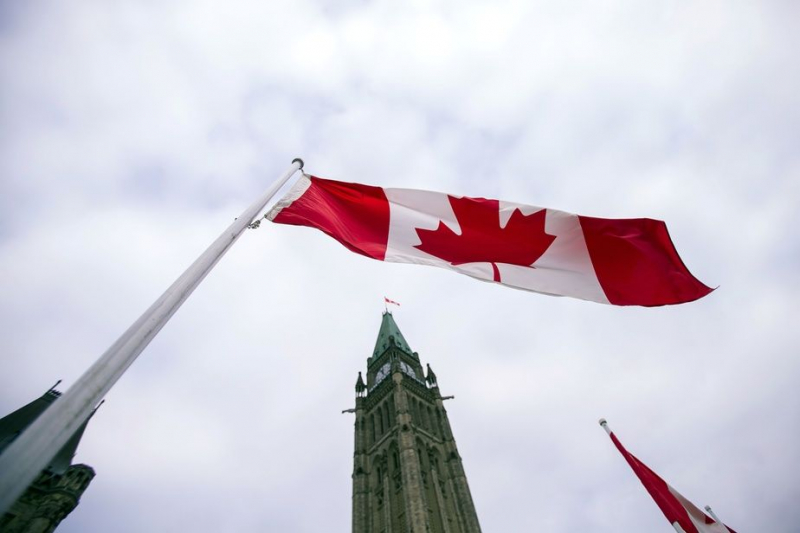 Exports rose 1.5% in September to $ 45.5 billion, as exports of forestry products and building and packaging materials rose 10.4% in September, Statistics Canada said.

Economists on average expected a deficit of $ 2.6 billion for September, according to forecasts collected by financial data firm Refinitiv.

“The uneven recovery in Canadian international trade flows continued in September, although the pace of improving international trade stabilized after the initial rapid rebound in June and July,” wrote economist Nathan Janzen, of the Royal Bank, in a report.

Exports rose 1.5% in September to $ 45.5 billion, Statistics Canada said. Expressed in volume, they increased by 1.2%.

Exports of forestry products and building and packaging materials rose 10.4% in September, as higher prices helped boost lumber exports 23.0% to $ 1.6 billion – their highest level in 14 years.

Exports of aircraft and other transportation equipment and parts increased 13.4%.

Meanwhile, imports climbed 1.5% in September to reach $ 48.8 billion, while their increase in volume terms was 0.6%.

Imports of energy products advanced 28.8%, due to an 87.1% growth in crude oil imports. These exceeded $ 1 billion for the first time since March, as Canadian refineries bought more crude oil from Louisiana.

Statistics Canada reported that crude oil imports averaged $ 1.6 billion per month in 2019, but fell to $ 563 million between April and August of this year.

Canada's trade surplus with the United States fell to $ 2.0 billion in September, from $ 2.9 billion in August, as exports to the country's main trading partner fell 1.6% while imports from south of the border increased 1.2%.

Canada's trade deficit with countries other than the United States fell to $ 5.3 billion in September, from a deficit of $ 6.1 billion in August.

Canada's trade deficit with the world for goods and services combined stood at $ 3.2 billion in September, Statistics Canada said.

Teilor Stone has been a reporter on the news desk since 2013. Before that she wrote about young adolescence and family dynamics for Styles and was the legal affairs correspondent for the Metro desk. Before joining The Bobr Times, Teilor Stone worked as a staff writer at the Village Voice and a freelancer for Newsday, The Wall Street Journal, GQ and Mirabella. To get in touch, contact me through my teilor@nizhtimes.com 1-800-268-7116
Previous ArticlePossible presence of pieces of glass: recall of Miss Vickie's chips
Next ArticleThe reform of commercial rental assistance is progressing in the Municipalities