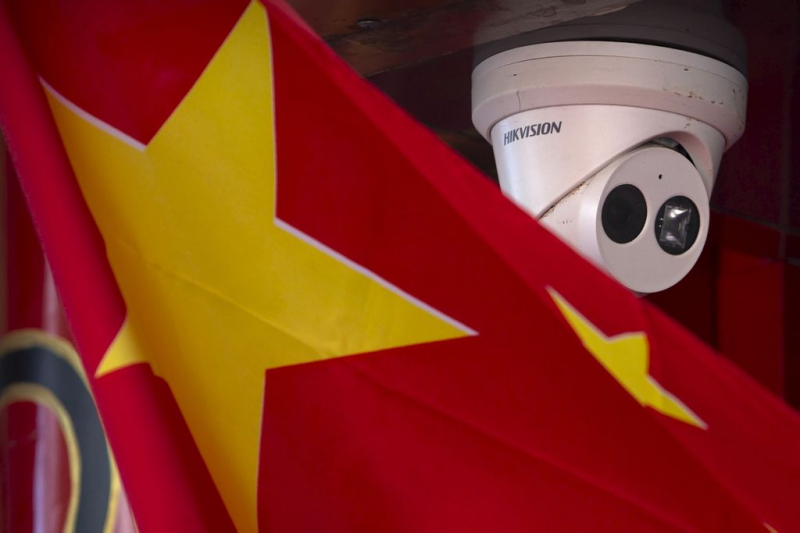 Donald Trump's executive order is part of his administration's offensive to counter the growing power of Beijing, determined to compete with Washington on the world stage in virtually everything from the economy to the military in through politics and technology.

In a decree, the tenant of the White House specified Thursday that this ban would be effective from January 11, nine days before his departure from the White House and the arrival of his successor Joe Biden.

Americans with stakes and other financial interests in a list of 31 affected companies have until November 2021 to sell them.

“This measure not only harms the rights and legitimate interests of Chinese companies, but also the interests of international investors, including those of the United States,” Chinese diplomacy spokesman Wang Wenbin told reporters.

Donald Trump's executive order is part of his administration's offensive to counter the growing power of Beijing, determined to compete with Washington on the world stage in virtually everything from the economy to the military in through politics and technology.

Mr. Trump asserts in this decree that China “increasingly exploits United States capital to allow the development and modernization of its military activities, its intelligence services and other security systems, which allows it to threaten directly ”the United States and American troops stationed abroad.

The money of American individuals invested in these companies, says the Republican billionaire again, allows Beijing to develop weapons of mass destruction and to carry out cyber attacks “against the United States and its people”.

Clearly, China “exploits American investors to finance the development and modernization of its army,” concludes President Trump, who still refuses to concede defeat in the presidential election on November 3.

The targeted companies are public and private companies in aeronautics, maritime transport, construction, communications and new technologies in particular.

They are listed on Chinese financial centers, on the Hong Kong Stock Exchange and on Wall Street through financial instruments or subsidiaries.

Individuals invest in it through mutual funds, which bring together the savings of several investors, offered by a portfolio manager. Most often, small holders are unaware that they own a share, or even a portion of the title of a company.

China Mobile and China Telecom are among the list of companies targeted by Mr. Trump, along with video surveillance specialist Hikvision and railway construction group China Railway Construction Corp.

The latter's title plunged more than 4% on the Hong Kong Stock Exchange on Friday, while China Telecom lost nearly 8% and China Mobile 5%.

Teilor Stone has been a reporter on the news desk since 2013. Before that she wrote about young adolescence and family dynamics for Styles and was the legal affairs correspondent for the Metro desk. Before joining The Bobr Times, Teilor Stone worked as a staff writer at the Village Voice and a freelancer for Newsday, The Wall Street Journal, GQ and Mirabella. To get in touch, contact me through my teilor@nizhtimes.com 1-800-268-7116
Previous ArticleQuebec loses $ 125 million with Kruger
Next ArticleInstant success for Operation “Local”