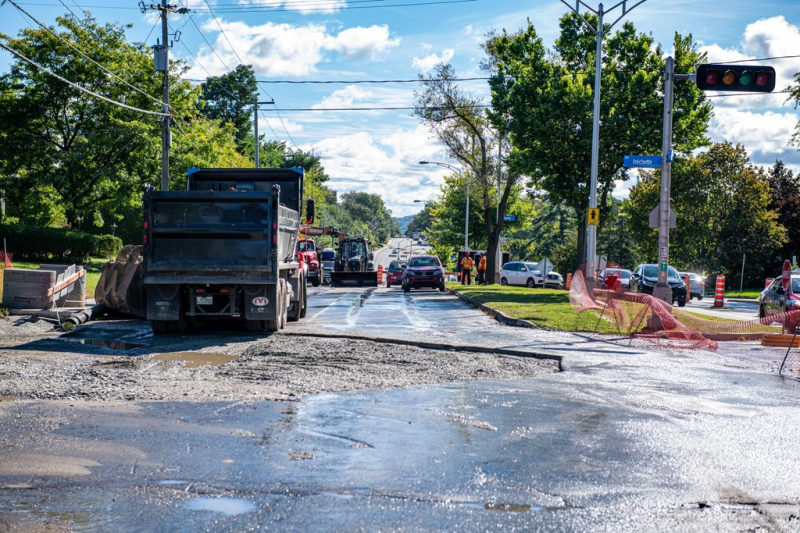 The obstructions on Portland Boulevard will continue for two weeks, with the exception of the evening rush hour, where two westbound lanes will be returned to motorists starting Monday.

Jonathan Custeau La Tribune The simultaneous construction sites hampering King Street West and Portland Boulevard, west of Jacques-Cartier Boulevard, will continue to give motorists headaches for another two weeks. To reduce congestion, the City will temporarily reopen the two westbound lanes of traffic on Portland every evening during rush hour.

According to the director of the Urban Infrastructure Department at the City of Sherbrooke, Caroline Gravel, these two projects had not been planned to be held at the same time. This is an unforeseen event for which the City could do nothing.

“Major excavation work, that is, the replacement of underground infrastructure, has started on Fréchette Street. These works require that we connect to the center of Boulevard de Portland. We will understand that we had a COVID situation. Work began later than expected. Considering the length of the King Ouest site, we could not prevent the two sites from overlapping, ”she begins.

It is a delay in the granting of a subsidy which causes the sites to be held simultaneously.

“Rue Fréchette is part of a subsidy program for which we were authorized at the end of July. Work is planned this year in this program. There have been delays in approvals due to COVID. When we did our planning in January and February, we hadn't planned to do both at the same time. Now, given the length of the work, we have no choice. “

The rue Fréchette worksite will last another eight to ten weeks. Due to truck maneuvering, the two westbound lanes on Portland Boulevard will have to be closed for another two weeks. “At rush hour, in the evening, we will give two lanes westbound and one eastbound to facilitate traffic. In two weeks, the maneuvers of the trucks will be able to be done directly on rue Fréchette. “ 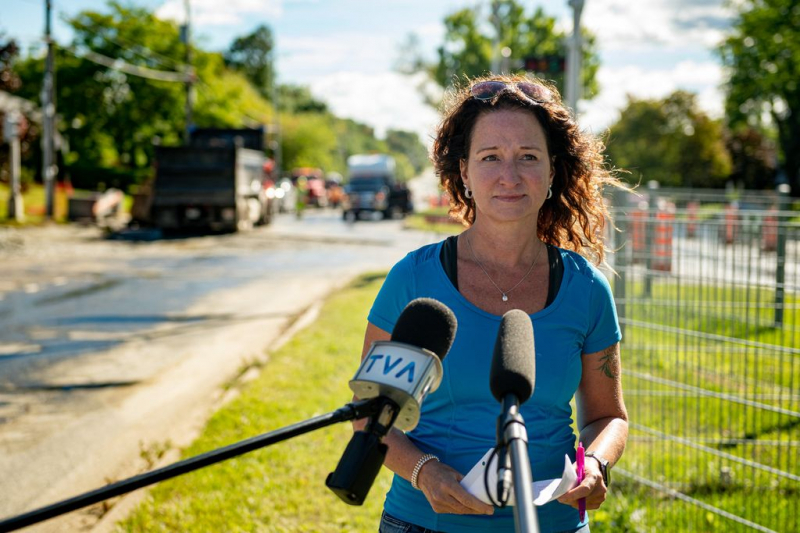 According to Caroline Gravel, traffic jams do not cause problems in the morning. A flagman, lacking a crossing guard, facilitates the crossing of the students. “We have an agreement with the School Service Center because we did not have enough crossing guards. It was really in the evening that there was a problem, when the line could stretch as far as Vimy Street. People were taking Prospect Street or Beckett Street. Again it was bumper to bumper. “

The King Street construction site should stretch until the end of September.

Ms. Gravel therefore suggests that motorists take rue Galt Ouest or the motorway network, if possible, while recalling that rue Belvédère Sud is closed near the intersection of rue Bel-Horizon, until 18 September.

It also seems that all the projects started this summer can be completed this year. Five projects are awaiting authorizations from different ministries or signing of agreements and could be postponed.

Finally, if paving is still pending on construction sites in the Rock Forest sector, the City has not noticed any delay on the part of the contractors hired to complete this work.

Teilor Stone has been a reporter on the news desk since 2013. Before that she wrote about young adolescence and family dynamics for Styles and was the legal affairs correspondent for the Metro desk. Before joining The Bobr Times, Teilor Stone worked as a staff writer at the Village Voice and a freelancer for Newsday, The Wall Street Journal, GQ and Mirabella. To get in touch, contact me through my teilor@nizhtimes.com 1-800-268-7116
Previous ArticleGreen light for the renovation of the CAP swimming pool
Next ArticleJulien Lachance announces that this is his last term