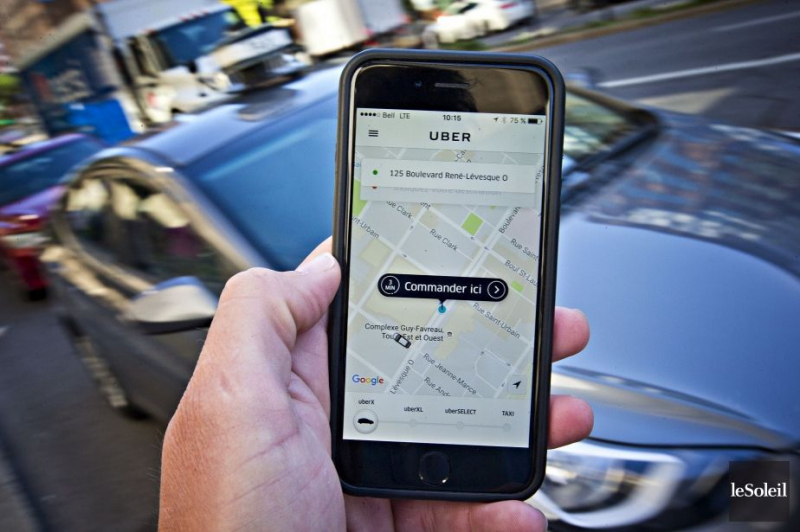 Share November 5, 2020 8:37 p.m. Share Uber suffers from pandemic, but meal deliveries explode Julie Jammot Agence France-Presse SAN FRANCISCO – The pandemic could have plunged a group that never managed to make a profit, but Uber limited the damage this summer thanks to meal deliveries, and its recent political victory in California reassures about the future of its economic model.

The world leader in chauffeured passenger car (VTC) reservations lost $ 1.1 billion in the third quarter, slightly less than last year, on revenue of $ 3.1 billion, down 18%.

But despite its abysmal results, Wall Street hesitated: Uber's stock was yo-yoing in electronic exchanges following the Wall Street close: after rising 2.5%, it went into the red, falling further by 2%.

Because the revenue generated by the delivery branch of the American group, which includes Uber Eats, jumped 125% in one year, the health crisis being conducive to this type of service, while those of travel plunged by 53%.

“Unsurprisingly, the resumption of our“ mobility ”branch continues to be directly correlated with the level of containment measures in each city. When a city starts to move again, gross bookings pick up, ”noted Dara Khosrowshahi, Uber boss, during a conference call with analysts.

He acknowledged that the drivers were getting back behind the wheel “slower” than hoped, but “we offer advantages to encourage them to come back”.

Before the pandemic, the San Francisco-based company planned to reach the Holy Grail of profitability in the last quarter of 2020. In the spring it indicated that this target would be delayed by several quarters, because of the health crisis.

Travel restriction measures, cancellation of trips and events weigh heavily on VTC: Uber laid off a quarter of its employees in the spring.

But the company has also invested heavily in the popular meal delivery business.

“Looking back, the fact that we've been pushing this class for 2-3 years was either prescience on our part or luck, or probably a combination of both,” commented Dara Khosrowshahi.

Gross bookings, mainly the amount collected before drivers were paid, fell 53% year on year to $ 6 billion for chauffeured rides, while those for deliveries were up 134% to $ 8.6 billion .

The boss is now betting on a positive operating result for deliveries “at some point next year”.

He estimates that the habits taken in terms of home delivery will settle over time, and assures us that the best is yet to come: “In the United States we have 30% of restaurants on the platform. In France it is 15%, in Japan, 5% […] As we gain market share, our growth will be several multiples ”.

Uber faces more competition in this market than in the VTC market. In the United States, it has many rivals, like DoorDash, GrubHub, EatStreet, etc. In July, the San Francisco-based company bought one of them, the Postmates app, for $ 2.65 billion.

“We are growing faster than our competitors and we will continue like this,” Dara Khosrowshahi promised.

Profitability will wait a bit, now that the main threat to the company's business model has been lifted: Uber has just won its bet to appeal to voters to settle the issue of the status of the tens of thousands of drivers in California.

This state requires private driver companies to hire their drivers and provide them with social benefits due to employees. Uber and its US competitor Lyft refused and held a referendum on Tuesday, along with the other US polls.

Their alternative proposal, which includes certain compensation for the drivers, was approved at 58% (72% of the votes were counted).

“This important question is now settled in the most populous state in the country,” said the boss.

“Wall Street was worried that other cities and states would follow California on this subject if the proposal was rejected,” said analyst Dan Ives of Wedbush Securities.

“It disperses a big dark cloud which obscured the future of Uber, Lyft and all the 'gig economy' (economy to the task or economy of odd jobs)”.

Teilor Stone has been a reporter on the news desk since 2013. Before that she wrote about young adolescence and family dynamics for Styles and was the legal affairs correspondent for the Metro desk. Before joining The Bobr Times, Teilor Stone worked as a staff writer at the Village Voice and a freelancer for Newsday, The Wall Street Journal, GQ and Mirabella. To get in touch, contact me through my teilor@nizhtimes.com 1-800-268-7116
Previous ArticleWireless: a change could encourage Quebecor to expand its footprint
Next Article“Entrepreneurial triangle” between Sherbrooke, Rennes and Arizona