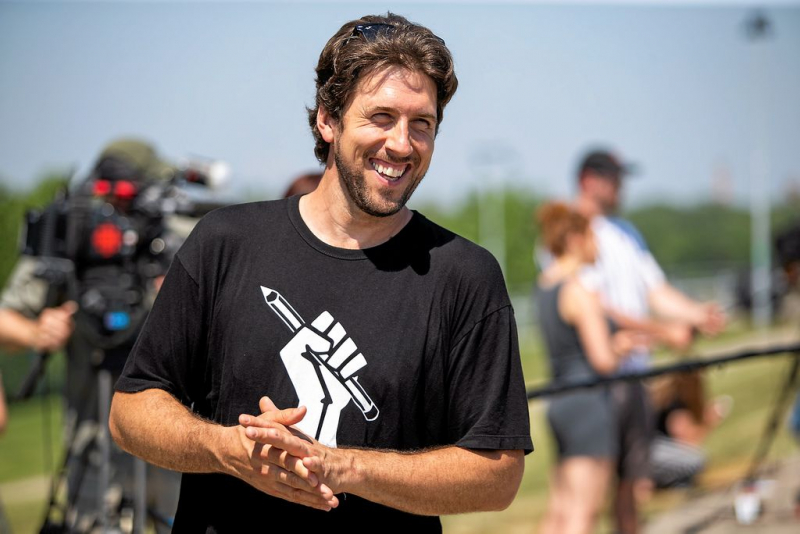 David Goudreault further broadens the range of his talent with his contribution to the production of a clip accompanying the song Mental sick which will appear on his next musical album, clip which was entirely shot in Trois-Rivières.

François Houde Le Nouvelliste Trois-Rivières – The signature on his email pages reads: David Goudreault, author, etc. It is probably the etc. of his professional activity which emerges from his most recent projects including a musical album The New Material which will be released on December 4th. Among the songs found there, Mental sick , which is accompanied by a clip entirely shot in Trois-Rivières, which Goudreault co-directed and which has just been released.

As its title is no secret, it is a song on mental health, a subject that has preoccupied its author for several years: he has been a spokesperson for Santé Mentale Québec for three years. “As a social worker, I have worked in community mental health organizations. I've been interested in the subject since long before the pandemic and I would say it's kind of a common thread running through the album. The song Mental sick had also been in the works for a few years now. “

The clip is dedicated to Fred Lapointe, a friend of Trois-Rivières David Goudreault who took his own life in 2019. “Fred was a very dear friend and a precious collaborator. In fact, I paid tribute to him in my last novel because he was one of the very first readers of the manuscript. He always had a benevolent and judicious eye on my artistic projects. He was above all a friend who I still miss on a daily basis. ”

A short parenthesis to indicate that the aforementioned novel, Ta mort à moi , is a finalist for the France-Quebec literary prize, the winner of which will be announced on Tuesday, November 17.

Let's continue. “It was Fred who launched the idea of a collaboration with one of our friends, Dominic Grimard, a director. It was at the time of his funeral that we decided to carry out this project and when the album took shape, that I knew that the song Mental sick was going to be part of it, we agreed to do the music video for as much as Santé Mentale Québec provided support. ”

It is a work of friendship since other friends have joined it. The original Trifluvien Alex McMahon wrote the music while Florence K interprets it. The actress Anick Lemay and her daughter Simone Tougas as well as Simon Naud-Marcotte, Philippe Girouard, Élise Legrand and Simon Durocher-Gosselin were all performers on the clip which comes as a short film with its script, its own plot.

Beyond the value of the song as well as the video it spawned, awareness of mental health emerges as a theme of painful relevance. Because of Fred Lapointe, because of the pandemic and the sometimes harmful isolation it entails, because of tragic events such as the massacre in Quebec on October 31. However, it would be somewhat betraying the cause to approach mental health only in the light of specific circumstances.

“Certain sensational events remind us of its importance,” comments the poet, “but we must not forget that mental health problems affect a large percentage of citizens and it remains something that we have difficulty talking about. A lot of people lack the necessary resources to deal with it and this is one of the reasons why it is important to talk about it openly. We should not wait for a pretext offered by the news. ”

We are talking more about mental health than mental illness; the nuance is not insignificant. Mental health involves much more than pathologies and applies to everyone through the vigilance it imposes on a daily basis. Listening to yourself, concerned about your well-being, attentive to the various signs of emotional discomfort are essential parameters.

“In the song, I talk about psychological distress and community workers and individuals have written to me because they identify with it and it did me a lot of good to see it. However, at Santé Mentale Québec, we are also trying to make people aware of the very small daily alerts. You don't have to wait until you are in crisis to take care of your mental well-being. ”

“SMQ often draws a parallel between physical health and mental health: we do not hesitate to intervene on our physical pain as soon as a symptom appears, but we do not necessarily do it for mental health. We should.”

Through his song, Goudreault claims to address the general population more than those who are directly affected by mental illness. “I am very touched that a lot of people who recognize themselves in the words finally feel considered but I want to show everyone how hard it is to be in distress. We should be sensitive to this suffering for ourselves but also when it manifests itself in others. ”

“Making art can also be useful; it can be an additional force in the context of prevention campaigns. There are those who are more affected by the message through a song than by government advertising on the subject. ”

“The fact remains,” concludes the artist, “that for me to include Mental sick on my album, it had to be first a good song, which I think it is. However, through words and images, it can take us further. ”

Teilor Stone has been a reporter on the news desk since 2013. Before that she wrote about young adolescence and family dynamics for Styles and was the legal affairs correspondent for the Metro desk. Before joining The Bobr Times, Teilor Stone worked as a staff writer at the Village Voice and a freelancer for Newsday, The Wall Street Journal, GQ and Mirabella. To get in touch, contact me through my teilor@nizhtimes.com 1-800-268-7116
Previous ArticleMusic as a bridge for Beyries
Next ArticleVictoria, a song by Jordane put into images and light