Véronique Cayla and Éric Toledano at the head of the Césars 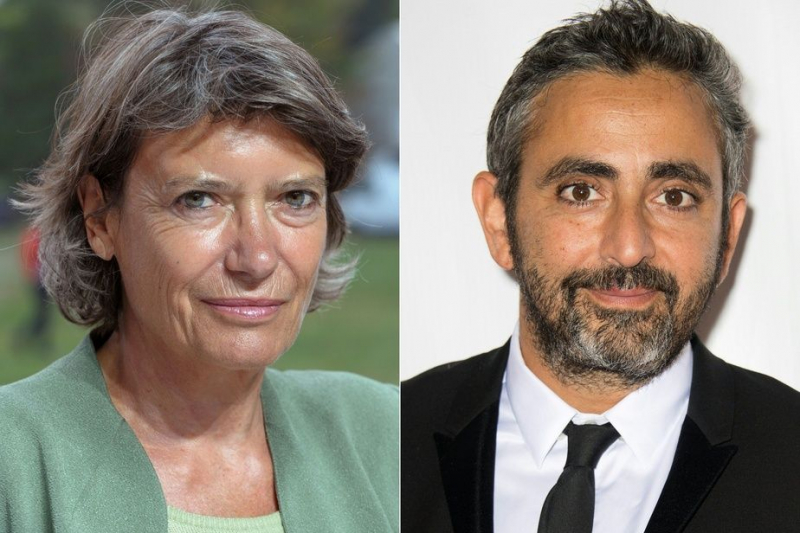 Véronique Cayla and Éric Toledano should take the presidency of the Césars, with the heavy task of getting this institution of the 7th art out of a historical crisis.

Share September 28, 2020 12:28 pm Updated at 11:51 pm Share Véronique Cayla and Éric Toledano at the head of the Césars Francois Becker Agence France-Presse Paris – A respected former director of the audiovisual industry accompanied by one of the most prominent directors of cinema French: Véronique Cayla and Éric Toledano should take the presidency of the Césars, with the heavy task of getting this institution of the 7th art out of a historical crisis.

Their election at the head of the Academy is only a formality, and should be ratified on Tuesday by the general assembly, in a vote by videoconference for which no quorum is required: this joint duo is the only one to to be a candidate after a “very open” process, according to interim president Margaret Menegoz.

The flagship institution of French cinema, which had exploded in flight at the beginning of the year, undermined by accusations of self-esteem, opacity and lack of diversity, would thus carry at its head two personalities “respected and very different “, From the world of cinema, underlines Ms. Menegoz.

Véronique Cayla, 70, has held senior management positions in the television and film industry (at the head of the National Cinema Center, then of Arte, which she left this summer). Éric Toledano, 49, is a filmmaker and author of successful films made with Olivier Nakache, including Intouchables, Le sens de la fête or Hors Norms.

“The times are changing”

Several personalities from the field welcomed their announced arrival: the producer Marc Missonnier assured them of the support of “the whole profession to help them renovate the academy” of the Césars; the president of the Superior council of audio-visual, Roch-Olivier Maistre, judges them “up to the stakes” for a world of cinema in lack of “unity”.

“The times are changing. We must change with them. This is not to deny a certain number of things that have been done, but we must leave room, ”commented for his part the former president of the Cannes Film Festival Gilles Jacob, welcoming AFP the choice of these personalities.

Their task promises to be tough. Since the resignation in February of the former boss of the Césars, Alain Terzian and the whole of the management, crises and controversies have been linked.

A few days later after the resignation, the Césars ceremony had caused a new storm, with the presentation of the César for best director Roman Polanski, targeted by accusations of rape. The image of the shattering departure of actress Adèle Haenel, leaving the room, launching “Bravo pedophilia!” had marked the evening.

This César given to Polanski symbolizes, for feminists, the sexism that continues to poison French cinema and its difficulty in reforming, after the #MoiAussi wave of denunciations of acts of harassment and sexual violence born in the United States and with few repercussions in France.

Since then, while some questioned their existence, the Caesars have undertaken an extensive renovation, under the aegis of the National Cinema Center, the outcome of which is the election of new leaders on Tuesday. The opaque procedures were modified, and parity imposed in all representative bodies.

Alas, the controversies did not take long to reappear, especially in September, when the list of 182 new directors was unveiled. Alongside dozens of newly appointed professionals, the presence of 18 “historic” members who chose to stay at the Césars aroused unease.

Among them, Roman Polanski, authorized to sit as an Oscar winner (for The Pianist in 2003). Faced with the outcry, he finally announced Friday that he would not participate in the decisions of the new Academy of Caesars and therefore in the vote on Tuesday.

Teilor Stone has been a reporter on the news desk since 2013. Before that she wrote about young adolescence and family dynamics for Styles and was the legal affairs correspondent for the Metro desk. Before joining The Bobr Times, Teilor Stone worked as a staff writer at the Village Voice and a freelancer for Newsday, The Wall Street Journal, GQ and Mirabella. To get in touch, contact me through my teilor@nizhtimes.com 1-800-268-7116
Previous ArticleThe Cannes Film Festival will hold a symbolic mini-edition at the end of October
Next ArticleJudged for wanting to “recover” an African work from the museum