Virtual congress: the CAQ is resolutely heading towards the seduction of the regions 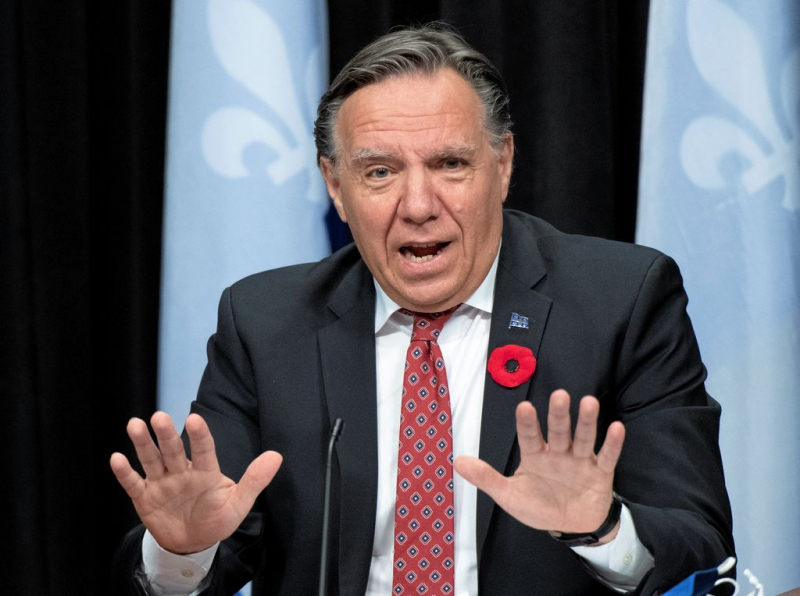 Share November 7, 2020 12:49 p.m. Updated at 3:38 p.m. Share Virtual congress: the CAQ resolutely sets the course for the seduction of the regions Jocelyne Richer The Canadian Press Less than two years before the next election deadline, the Coalition d'avenir Québec (CAQ) heading towards the seduction of voters living in the regions, already seeking to consolidate its hold over the entire territory.

During the special virtual party congress on Saturday, the word “regions” was on everyone's lips. Both Prime Minister François Legault and several of his ministers insisted on affirming that sustained efforts would be made by the government over the next two years to improve the lot of the regions.

In 2018, the CAQ seized power thanks to its conquest of virtually all regions, except for a few pockets of resistance, notably the Bas-St-Laurent, the Gaspé and the Côte-Nord. With only two deputies, it is practically absent from the island of Montreal.

The government therefore seems determined to repeat the feat in 2022, by increasing the number of regional development announcements by then.

“The future of the regions has never been so promising”, predicted the head of the CAQ.

On Saturday, the electoral commitments of François Legault's party of 2018 were reaffirmed, with a promise to respect the 2022 deadline: high-speed Internet throughout the territory, development of greenhouse agriculture throughout the year, better support for small and medium-sized enterprises (SMEs), transfer of officials to the regions, revision of the forest management regime, investment in air transport, public transport and the maintenance of local road assets, etc.

The development of the regions “is in the DNA of the CAQ,” said its leader, saying he was banking on promoting the economic development of Quebec in the coming months. Finance Minister Eric Girard will present his update on Thursday and is expected to make announcements on this occasion aimed at reviving the economy, hard hit by the pandemic.

This relaunch will be on new bases and “in a new direction”, in particular by taking into account new practices: teleworking, online shopping and artificial intelligence.

The project which aims to benefit “all regions of Quebec” will be the one entitled “Made in Quebec”, intended to increase local production and local purchasing, to make “Quebec more autonomous” in various fields.

On the pandemic, the Prime Minister reaffirmed that the fight against the virus is far from over. “There are still difficult months ahead of us,” he told his activists, who could follow his pre-recorded speech from a distance.

“As soon as you think you're good, the virus comes back twice as strong,” he said.

In a video message, the Minister of Health, Christian Dubé, said he was determined to “beat this damn virus”. He recalled the promise of the CAQ – which is still not kept – to assure Quebecers who come to the emergency room to see a doctor in less than 90 minutes. Currently, you have to wait on average more than two hours.

The Minister of Education, Jean-François Roberge, listed the government's achievements in education, including the deployment of 4-year-old kindergartens.

In the spring, because of the pandemic, the CAQ had to postpone the holding of its congress, transformed on Saturday into a special virtual congress condensed into 90 minutes.

A sign that we are already starting to prepare for the next electoral campaign, the CAQ will multiply the means and opportunities to reach its activists in 2021.

The health measures will not stop it: we will proceed by texting, contacts via Messenger, digital conferences, virtual cocktails, webinars, in short “something for all tastes”, summarized the general manager of the party, Brigitte Legault.

The congress also gave rise to the election of the new national executive of the party. The result of the vote should be known on Sunday.

In a studio in Trois-Rivières, the party also organized a round table in which four ministers participated, mainly around the theme of support for the regions.

Regarding the negotiations underway with the nurses for the renewal of their working conditions, Minister LeBel confirmed that the file was progressing well. “There has been significant progress this week,” she said, again committing to “address the overwork”, the perennial bone of contention between the state and nurses. The government is trying to reach an agreement quickly on this file.

The CAQ government is also far from having achieved its objective of decentralizing the public service in two years, by transferring 5,000 positions to the regions. It is nowhere near the mark with, in total, only 300 positions transferred to date, confirmed Ms. LeBel.

Minister Proulx insisted on her party's promise in 2018 to connect all of Quebec to high-speed Internet. This is still not the case, but it is committed once again to connect the 240,000 homes promised by 2022. “We will get there”, according to her.

Teilor Stone has been a reporter on the news desk since 2013. Before that she wrote about young adolescence and family dynamics for Styles and was the legal affairs correspondent for the Metro desk. Before joining The Bobr Times, Teilor Stone worked as a staff writer at the Village Voice and a freelancer for Newsday, The Wall Street Journal, GQ and Mirabella. To get in touch, contact me through my teilor@nizhtimes.com 1-800-268-7116
Previous ArticleKonrad Sioui: the great results of the great chef
Next ArticleAmerican elections: “a good thing settled”