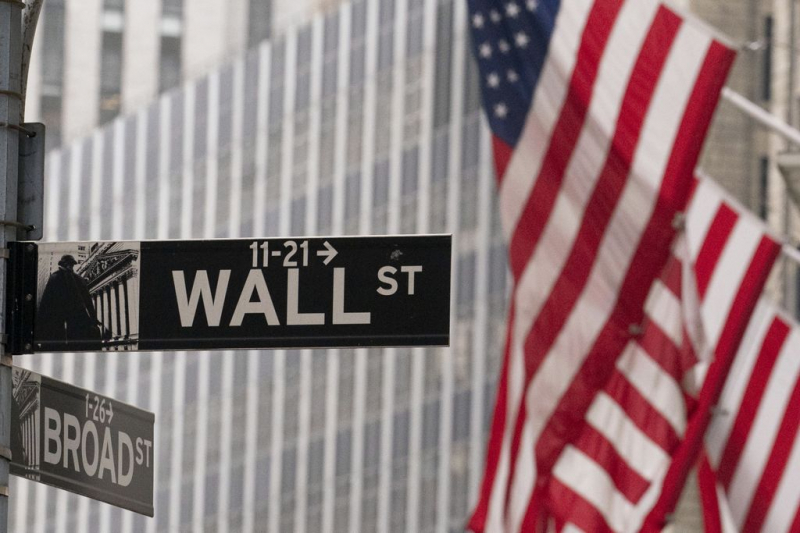 Over the week as a whole, the flagship Dow Jones financial index gained more than 4%.

Share November 15, 2020 9:18 a.m. Share Wall Street little moved by Donald Trump's maneuvers Virginie Montet Agence France-Presse WASHINGTON – The unprecedented judicial guerrilla war launched by Donald Trump to contest the result of the presidential election leaves the markets indifferent. more of a maneuver to strengthen the Trump brand and prepare the coup after a refusal to leave the White House.

Since the announcement of Democrat Joe Biden's victory on Saturday, the president has refused to acknowledge his defeat.

He multiplies the legal remedies to denounce alleged frauds in the electoral process and dodges any cooperation with the opposing camp to facilitate a transition to another administration.

So far, the New York Stock Exchange has instead celebrated the outcome of the election, less to welcome the arrival of a Democrat to power than to welcome the end of electoral uncertainty. Over the week as a whole, the flagship Dow Jones financial index gained more than 4%.

But while most investors believe that there is a very low probability that the tenant of the White House will be able to create a constitutional crisis, some are worried about what turn this systematic obstruction may take for the markets.

“This behavior could not only hamper a smooth transition, but endanger national security and, as the confrontation turns to legal maneuvers, the markets could abruptly take a withdrawal position” and bring down the indices, Boris said recently. Schlossberg, from the investment firm BK Asset Management.

For Karl Haeling, chief strategist of LBBW, these posturing could influence the market “but in the very short term”. “Investors generally believe that Trump will not succeed in remaining president,” said the expert.

Keep your base motivated

“He knows he will not be able to win, but he continues in order to have as much influence as possible on the country when he leaves office”, continues the economist, reporting information according to which Donald Trump would seek for example to create his own television channel.

“It is a question of keeping its base as motivated as possible and of trying to control the Republican party thanks to its popularity”, further diagnoses the investor.

The American press, citing anonymous sources, indicates that the billionaire is exploring different options, including the launch of a streaming service much cheaper than a television channel.

He could position it as a direct competitor to Fox and its platforms, which are the Conservatives' favorite TV channels in the United States.

For Maris Ogg, portfolio manager at Tower Bridge Advisors, the legal actions of the Trump camp “do not seem really serious”. “There is no coordination in their procedures or evidence presented that could capture the attention of the courts,” said Ogg.

“I believe Trump is just continuing to build his brand,” she said.

The president's reluctance to allow a smooth transition should hardly bother the former Democratic vice-president. “Joe Biden has a very long political experience and at a high level of government: in my opinion, if he needs to know something important, someone will give him a call to tell him,” said she does.

Ultimately, until mid-December, it is less the pitfalls against the future administration that can shake the markets than a series of untimely decrees from the Oval Office, notes Karl Haeling. “I think Trump will sign many decrees until he leaves office,” warns the economist for whom the first risk for financial markets remains the evolution of the COVID-19 pandemic.

Mr. Trump, for example, decided Thursday to prohibit, by decree, the Americans to invest in thirty Chinese companies linked to military activities as of January 11.

He also called on investors with financial interests in the same companies, some of which are listed on Wall Street and Hong Kong, to exit by November 2021.

Teilor Stone has been a reporter on the news desk since 2013. Before that she wrote about young adolescence and family dynamics for Styles and was the legal affairs correspondent for the Metro desk. Before joining The Bobr Times, Teilor Stone worked as a staff writer at the Village Voice and a freelancer for Newsday, The Wall Street Journal, GQ and Mirabella. To get in touch, contact me through my teilor@nizhtimes.com 1-800-268-7116
Previous ArticleTrump followers flock to 'alternative' platforms
Next ArticlePandemic: laboratory bosses enrich themselves and raise questions