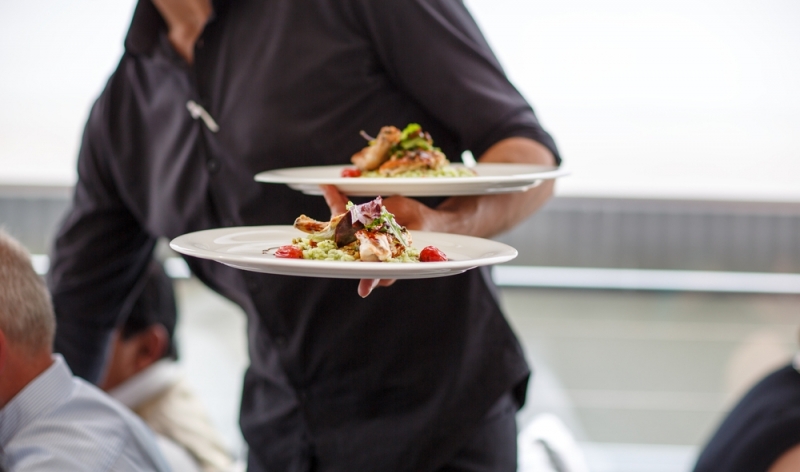 As restaurants face major losses due to wave of cancellations of group reservations, some hope to receive compensation from the Quebec government .

This is one of the demands raised by the general manager of downtown Montreal, Glenn Castanheira, who emphasizes that its members are particularly affected by these cancellations. & nbsp;

” These are restaurants frequented by large downtown employers with reception rooms too, ”he says. Most had been sold out since the fall, says Castanheira.

However, since the return to telework announced Tuesday by the Minister of Health, Christian Dubé, groups, especially those made up of employees meeting for end-of-year festivities, preferred to cancel their reservations.

Glenn Castanheira talks about “ timing catastrophic “for restaurateurs, who were not consulted upstream. “We'll let the government explain why. I understand that it is because they were themselves surprised by the speed of the evolution of the situation ”, he says.

This angers the owner of the restaurant Chez Alexandre and President of the Association of Restaurants and Merchants of Peel Street, Alain Creton. “What's frustrating is that yesterday, today and tomorrow were three big days of office parties. Next week it was less serious, “he explains.

For Mr. Creton, Minister Dubé is directly responsible for the situation. “Why didn't you wait until Monday?” He asks. [& # 8230;] We learn that overnight, without consultation. “

We're stuck in a dead end. [& # 8230;] This is definitely not a good time. There are people who were waiting [for the Holidays] to get up… This is not funny to anyone.

Cancellations result in significant losses, both financially and in terms of food and in human terms, for restaurant owners.

“These restaurateurs have ordered accordingly. A lobster isn't like Ikea furniture, you can't keep it. It’s extremely expensive, especially with inflation which is even more exacerbated in the restaurant business, ”says Glenn Castanheira.

This is why the general manager of downtown Montreal is hoping for compensation through the maintenance or improvement of government assistance programs.

“Restaurant owners and traders were the first to sacrifice their economic health for public health. This is important to remember. These people are struggling, “he says.

While Alain Creton believes that financial aid is always welcome, it is not in” the mindset of entrepreneurs “. “We are there to earn our money with a job, by selling products or services, and not by asking for alms from governments,” he explains.

While the federal government advises against travel abroad, Glenn Castanheira encourages Quebecers to revisit local gastronomy. “As long as you are taken home, go and rediscover our restaurants!”, He emphasizes. & Nbsp;

The Prime Minister's office, François Legault, did not immediately answer questions from Metro .

Teilor Stone has been a reporter on the news desk since 2013. Before that she wrote about young adolescence and family dynamics for Styles and was the legal affairs correspondent for the Metro desk. Before joining The Bobr Times, Teilor Stone worked as a staff writer at the Village Voice and a freelancer for Newsday, The Wall Street Journal, GQ and Mirabella. To get in touch, contact me through my teilor@nizhtimes.com 1-800-268-7116
Previous ArticleOmicron: Legault backs off on Christmas gatherings … again
Next ArticleGunfire in NDG: three arrests