We must rethink our way of inhabiting the St. Lawrence River 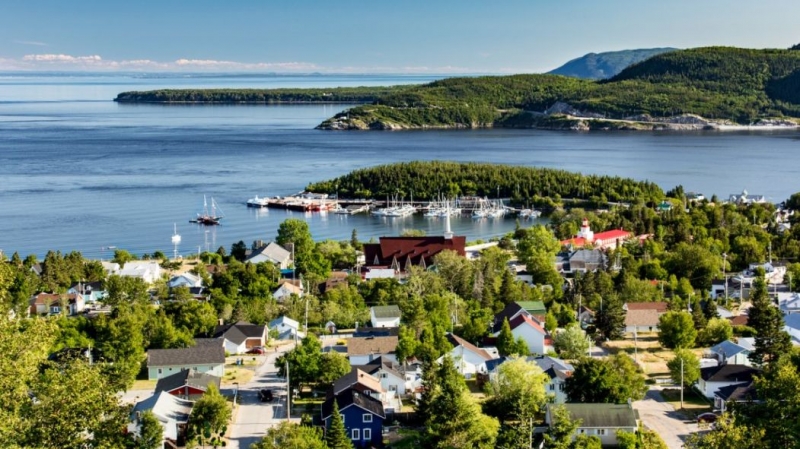 The St. Lawrence River is immeasurably rich. Draining alone a quarter of the fresh water reserves of the planet, it forms one of the largest ecosystems in the world. However, the privatization of its shores continues to impoverish future generations. Decryption with Shin Koseki, professor holder of the UNESCO Chair in Urban Landscape at the University of Montreal.

ANALYSIS – Since time immemorial, its navigation has played a preponderant role in the cultural, economic and social development of the continent: today it constitutes the main common heritage landmark of the indigenous peoples, the descendants of the first European settlers and the newcomers who live in its region.

The main driver of urbanization in eastern North America, the privatization of its shores for residential, commercial and industrial purposes continues to impoverish future generations. Centered on a logic of exploitation exclusive to the richest, it generates significant ecological nuisances and entails a considerable cost of risk management for the Quebec State. Public access to the river is, for its part, clearly insufficient.< /p>

Thus, in order to define the future of our river, it seems necessary to us to initiate a vast citizen project with all the actors concerned: the national, provincial and municipal governments, the scientific community, the civil society, the companies as well as the local and translocal communities that live along the river. We propose to design together a project that meets the United Nations development goals as well as the principles of human rights and the rights of indigenous peoples.

Piloted by a group of researchers and professionals at the University of Montreal, of which I am a member, the project Fluvialités of the UNESCO Chair in Urban Landscape brings together scientific and citizen knowledge in concrete actions that can be implemented over the next decade. These actions concern the entire St. Lawrence watershed, focusing more specifically on inhabited areas near the banks of the river.

The project intends to develop several landscaping and design strategies ecosystem approach, an approach that aims for the integrity and viability of ecosystems. It also wishes to rethink the constitutional, legislative and regulatory frameworks, as well as the social norms that today define our collective relationship to this vast expanse of water.

In recent years, climate change has increased the risk of flooding along the river and its tributaries, due to increased precipitation throughout the watershed and rising sea levels.

< p>We are trying to reduce the risk by artificializing the banks. However, the riprap and concreting techniques used to protect private land and industrial sites from water level fluctuations reduce the biodiversity of the banks, in addition to limiting their accessibility to the population.

The global rise of one or two degrees Celsius predicted in the coming decades will be enough to raise the water level by several meters in many places. By affecting residential neighborhoods and industrial sites located near the banks, the floods endanger several human lives and can cause property damage representing billions of dollars.

All municipalities located along the river will be affected, either directly or indirectly, by the consequences of this rise in water level.

A phenomenal amount of debris and chemicals are also dispersed by the current, which pollutes the river ecosystem, but also the land and groundwater in the watershed. The process of shoreline erosion is already accelerated, and thus threatens a growing number of natural riparian habitats. It favors landslides and the release of toxic substances into the environment.

This scenario is now well known to researchers and political decision-makers. However, despite excellent work to assess the multiple risks and propose development strategies to mitigate them, there is currently no project that offers a long-term development vision of the entire St. Lawrence River.

It therefore seems essential to us that current and future knowledge on natural and human risks be implemented quickly. We must radically rethink our relationship to the fluvial habitat of the St. Lawrence, from the Great Lakes to the Atlantic Ocean.

First project of its kind in the world , Fluvialités , initiated in 2021-2022, is part of a global trend for global governance of major rivers.

We are inspired by projects such as Switzerland: an Urban Portrait by Studio Basel, the research on the metropolis of Lagos, Nigeria, led by Dutch architect Rem Koolhaas, the School of anthropocene, led by French geographer Michel Lussault, and Italian urban planner Paola Viganò's vision for a horizontal Metropolis.

These approaches echo a growing practice in the field of urban planning and landscape architecture. By tackling societal challenges on several scales, these disciplines are now able to produce concrete solutions for society and the environment, while promoting economic development. Projects that flow from this knowledge are better able to achieve sustainability goals.

Rivers will of a first phase of consolidation until 2023-2024. We aim to build a network of university researchers, non-profit organizations, representatives of riverside communities and businesses concerned about the future of the river.

We plan to carry out a first public consultation on citizen aspirations in 2024-2025. This is inspired by interactive democracy exercises on environmental issues recently carried out in France and the United Kingdom.

At the same time, we are building a digital atlas of scientific, social and cultural knowledge of the river. These activities will translate, among other things, into university and college teaching activities using a research-creation approach where students participate in change.

Teaching teams, made up of local and international experts , will thus conduct planning and development workshops on different sections of the river as well as on comparable contexts internationally.

This article is part of our series The St. Lawrence in Depth.
Do not miss the new articles on this mythical river, of remarkable beauty. Our experts look at its fauna, its flora, its history and the issues it faces. This series is brought to you by The Conversation.

Teilor Stone has been a reporter on the news desk since 2013. Before that she wrote about young adolescence and family dynamics for Styles and was the legal affairs correspondent for the Metro desk. Before joining The Bobr Times, Teilor Stone worked as a staff writer at the Village Voice and a freelancer for Newsday, The Wall Street Journal, GQ and Mirabella. To get in touch, contact me through my teilor@nizhtimes.com 1-800-268-7116
Previous ArticleThe Japanese street food festival is coming to Montreal in August
Next ArticleEcofeminists launch 'blue expedition' to study plastic in river