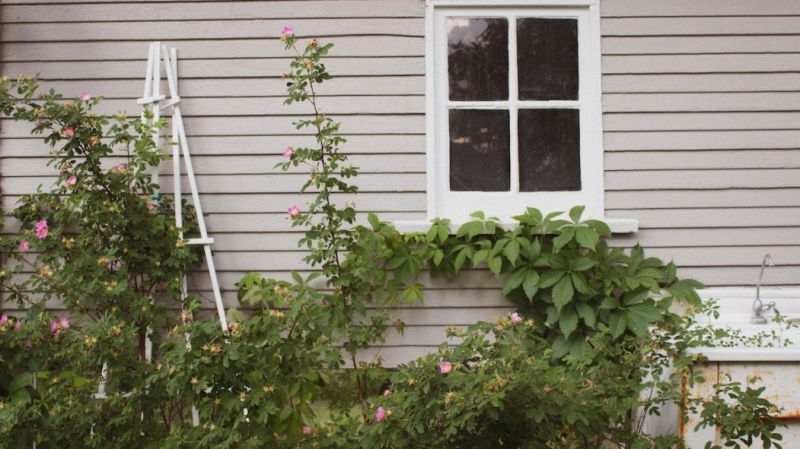 Cardboard is sometimes recommended to home gardeners to prevent weed growth. Is this method effective and safe? The Rumour detector from Agence Science Presse checked.

Several gardening sites, as well as some gardeners on YouTube, offer to use cardboard to start a new vegetable garden. “The cardboard serves as mulch,” explains David Wees, horticulture expert and teacher at McGill University. It acts as a light barrier and prevents the germination of weed seeds. Many other materials can be used for the same purpose, such as straw, wood chips, pieces of bark, plastic or paper. »

Traditionally, the substance used as mulch is placed on the ground, a hole is made in it and the plant is planted in this hole. “It’s a method that is widely used in commercial agriculture, especially among vegetable growers who use plastic mulches instead,” says Wees. In community gardens, it's downright straw. ”

However, many proponents of cardboard use the lasagna garden technique, also known as “no dig” instead. This consists of spreading a layer of newspaper or cardboard on the ground, then adding another layer of organic material such as leaves, peat moss, straw or shredded paper, which will be a source of carbon and nitrogen. Then we add grass clippings and table scraps, to finish with bone meal or ashes.

Is cardboard effective as a mulch?

According to David Wees, the limited research on the subject reveals that the properties of cardboard are quite similar to those of other materials, such as plastic or the geotextile fabric. “Cardboard works very well for most weeds, he notes, with the exception of some that are perennials, such as quackgrass or milkweed, and which have long roots allowing them to survive even under a cardboard layer. »

In 2011, a study carried out in Turkey in an orchard indicated that using cardboard as mulch eliminated 99.66% of weeds. For comparison, a herbicide like glyphosate killed 90.61% of weeds.

This is a great way to collect your moving boxes!

More recently, researchers from India added that mulches like cardboard or newspaper also protect soil from erosion, retain moisture, and can help control soil temperature. Additionally, on its recommendations page, the US National Center for Appropriate Technology points out that cardboard and newsprint add organic matter to the soil.

However, the National Center for Appropriate Technology reminds that cardboard is susceptible to being blown away by the wind if it is not firmly held down. Horticulture researcher David Wees also believes that cardboard's lack of aesthetic appeal may limit its use. However, these disadvantages become less important with the lasagna garden technique, since the cardboard is no longer visible.

On the other hand, cardboard can cause dryness in the ground, if it is very thick and waxed. “If it doesn't absorb the water,” Wees explains, “the water will run off when it rains and won't make it into the ground. Unless you water very regularly, the vegetables could suffer. »

Straw and geotextile fabric do not pose this kind of problem since they allow water to pass through. Another solution is to take a thin piece of cardboard and cut it into smaller pieces.

Linda Chalker-Scott, horticulturist and professor at Washington State University, also answers on her page the “myth ” paper and cardboard: while acknowledging the same advantages, she adds that cardboard can prevent air exchange if the soil is wet and poorly drained, which would reduce the vitality of the soil. In addition, the cardboard would attract pests such as termites or rodents.

Finally, according to Signe Danler, a horticulturist at Oregon State University, the grass under the cardboard can remain intact for several years, even if it is dead. As this can block the roots of cultivated plants, she does not suggest this method for those who want to start their garden quickly.

Are there any risks of toxicity?

“More and more paper companies are now using vegetable-based inks, for example based on soybean oil,” says David Wees. Also, even if the inks contained heavy metals, the amounts would be small and what could end up in the soil would be minimal. Finally, the horticulturist notes that in urban areas, the contamination of the soil to be monitored comes from other sources, such as atmospheric pollution.

Besides, the use of cardboard and newspaper is permitted in organic farming, says the US Department of Agriculture. The cardboard must however meet certain conditions: be made of recycled products, not contain color inks or glossy finishes and not be waxed or have been treated with fungicides. The Permaculture Research Institute also recommends avoiding cardboard or newspaper that has been bleached with chlorine-based products.

Although the research on the subject is scant, it seems clear that cardboard is an effective and safe method of getting rid of weeds. However, it has disadvantages that can make it less attractive for certain types of gardens.

Teilor Stone has been a reporter on the news desk since 2013. Before that she wrote about young adolescence and family dynamics for Styles and was the legal affairs correspondent for the Metro desk. Before joining The Bobr Times, Teilor Stone worked as a staff writer at the Village Voice and a freelancer for Newsday, The Wall Street Journal, GQ and Mirabella. To get in touch, contact me through my teilor@nizhtimes.com 1-800-268-7116
Previous ArticleOutremont: shots fired at a vehicle
Next ArticleAbortion: 4 ideas to manage your ingraining